This Sowetan chef is taking the French by storm 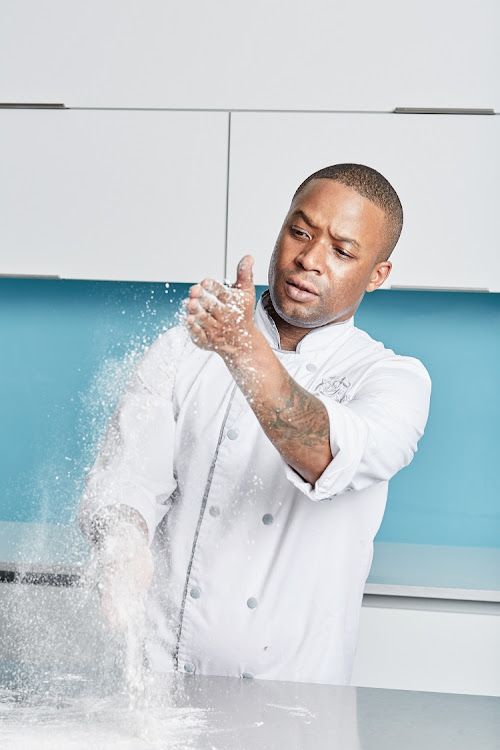 When Wandile Mabaso prepares food, there is an intensity and deliberation about his actions — each element a carefully measured step to ensure precision. It is this same focus that has taken him from Soweto, where he grew up, to working alongside world famous chefs in as far afield as Paris — the home of the French cuisine he has fallen in love with.

Today, Mabaso is the owner of his own Bryanston-based restaurant, The SA Culinary Club, which he hopes will shake up the food scene with its unique offering: an experiential form of dining that takes guests on an exciting gastronomic journey. “I didn’t know much about chefs before I studied, because, you know: when you’re black and you’re from Soweto, all you see is Jamie Oliver on TV,” he says. “You don’t know any black chef out there. You don’t know any chef actually.”

Mabaso’s love of food began at a young age in his mother’s kitchen where he would help out with meals. Despite being discouraged to follow his heart, he enrolled for hotel management following a year working onboard a chartered boat, which allowed him to travel the Mediterranean. 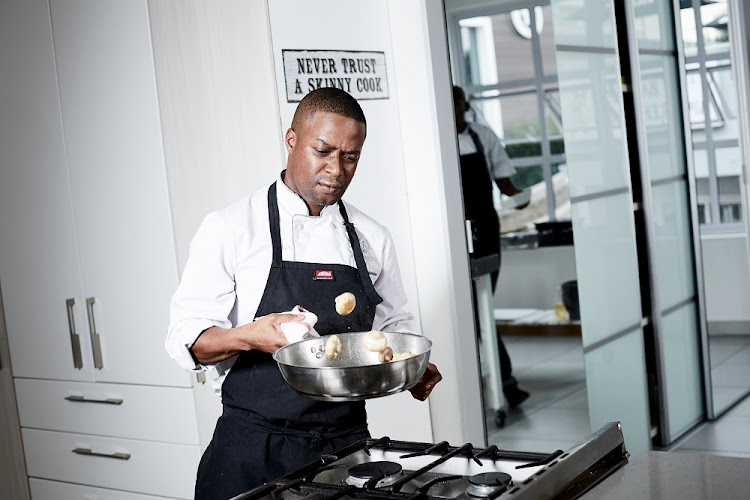 He then enrolled at the Capsicum Culinary Studio, where he discovered his love for French cuisine, owing to its refinement and aesthetic. A few months short of his qualification, the aspiring chef was scouted for a programme looking for young chefs for different kitchens in the US. “I didn’t even finish, I just left but the school agreed,” he says of how he ended up as a chef at a golf resort in Miami.  After a year there, having risen to the position of chef de partie, he sought a bigger dream and moved to New York.

Alone in the Big Apple, with no place to stay and only $500, Mabaso then spent three weeks looking for a job, while sharing a dorm room with seven other guys.  “It was difficult. I had a specific plan that I wanted to train in French cuisine and at that time, New York was the culinary capital of the world,” he says, avoiding the fat spluttering from the chicken breast he is preparing. “I went door to door every day with my chef’s jacket and knives, ready to work. A French guy took me in — he was from Paris —and he was looking for a team.”

Since then, Mabaso’s experience has included working at a Korean fusion restaurant, and being the executive chef for the Maison Kay Group in New York, as well as being mentored by Olivier Reginensi. Mabaso has worked with world-famous Alain Ducasse, who holds 21 Michelin stars, at his Parisian restaurant, Le Meurice. Six months ago, Mabaso decided to return home. “It was time. I felt I was acquiring a lot of skills, and my name was getting out there, and there was an opportunity to do something that I owned,” he says. “Everything is about what I want to do: it would be difficult doing that under someone else.” 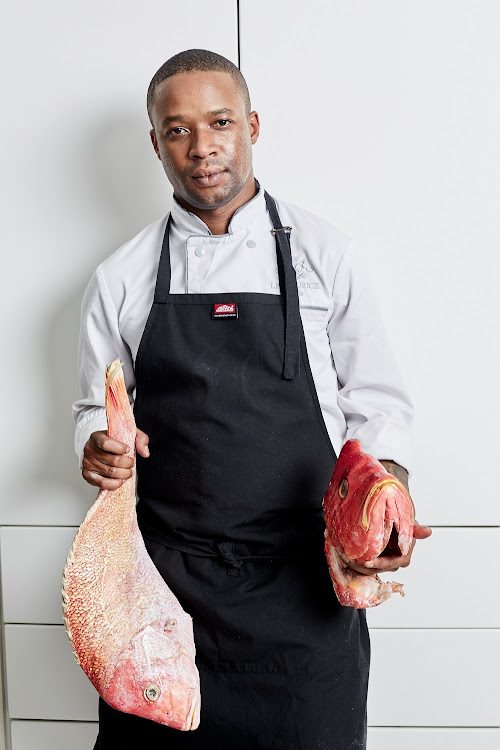 Mabaso has toured different provinces over the past few months, doing pop-ups, under the auspices of his company. He is also involved in a bursary initiative, through which students will get the opportunity to train in France at a three-star Michelin restaurant. “We chose two girls, one from Tembisa and one from Soweto,” he says.

What is the biggest challenge facing the local culinary scene in his opinion? “We’re not blessed with a lot of ingredients. We don’t have top-notch ingredients. A lot of people think we have good ingredients because it’s what they are exposed to. But, for example, if you go to the Med, they have an abundance of fish. Here we are limited to the major fishes kingklip and hake,” he says. “ I also think we are too Westernised in terms of the ingredients we use.  I believe there are too many chemicals.  At the same time I believe that a lot of people are not educated about eating good, fresh, and well-cooked food.”

This article first appeared in the March 2018 print edition of Sowetan S Mag.