Jozi's abandoned Carlton Hotel was once super luxe. Now it looks like this 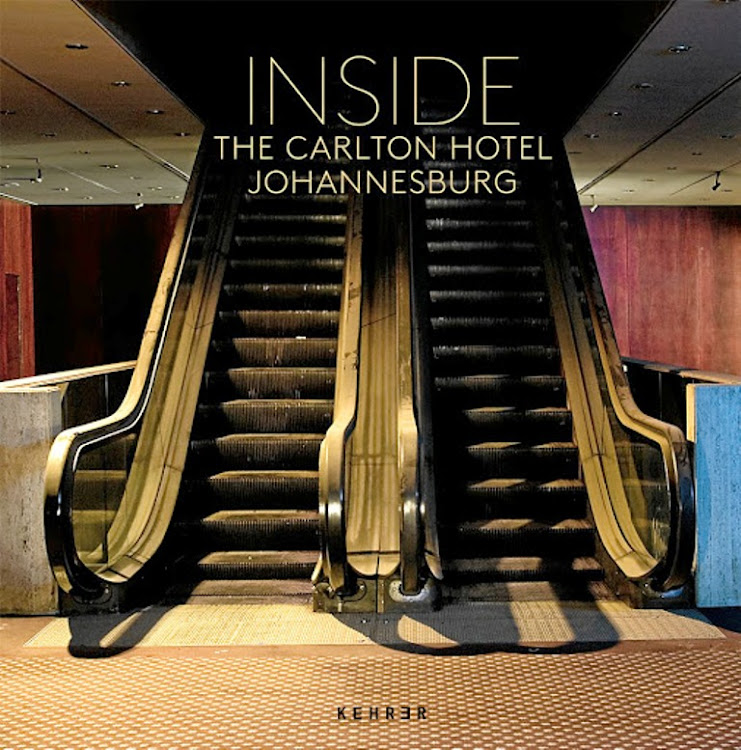 About five years ago Swiss artist couple Leif Bennett and Yvonne Mueller were in SA on a six-month artist exchange programme. They spent three months in Joburg and three in Cape Town. In Joburg, they stayed first in Maboneng and later in Troyeville, and had studios at the Bag Factory in Fordsburg.

As they commuted, they noticed various abandoned buildings in the CBD, and began photographing them. They were particularly fascinated by the Carlton Hotel, once considered the best hotel in Africa, which had stood empty and untouched for nearly two decades.

On one particular photographic tour, their guide managed to sneak them inside.

They were stunned by what they saw. "It’s almost like the building is a ghost," said Bennett in a Skype interview from Basel in Switzerland, where he and Mueller live. It appeared as if nothing had been disturbed since the hotel closed its doors in 1998. There was no evidence of life; no graffiti.

In the week before they left Joburg for Cape Town, Bennett and Mueller managed to wangle their way back into the hotel for a few hours every day for about three days, this time taking a camera, tripod and a torch with them.

"It all had to go really quickly because we had [limited] time," says Mueller.
The Carlton Hotel is 31 storeys high and has over 600 rooms, and Bennett and Mueller had to use the fire escapes to get up and down. "It was kind of scary, but we didn’t have time to be afraid," says Bennett. The lower floors, particularly, were dark. "You could hear pipes ... knocking sometimes," adds Mueller.

At times it felt unsafe as well as spooky. In the presidential suite, where Nelson Mandela stayed, a pipe had burst and the floor was covered with water. "Things [were] starting to grow," says Bennett. "Plants."

At other times, says Mueller, it "would look almost [as if] somebody had moved out a few days ago" and you could still feel "the luxury atmosphere".

Now the photographs, along with a compilation of snippets from books and newspaper articles that make reference to the building, have been compiled in a book, Inside the Carlton Hotel Johannesburg, published by German publisher Kehrer Verlag.

The book reveals the hotel as a haunting spectacle. The power of the images derives in part from the symbolic importance it once had and, it turns out, still has.

She wore traditional outfits and accessories at a time when donning cultural wear was a political taboo.
S Mag
3 years ago

THE BIG TIME
When it opened in 1972 the hotel was envisaged as the emblem of a boom-fuelled, glamorous new era. Pre-eminent Joburg architectural historian Clive Chipkin, in his architectural history of the second half of the century, Johannesburg Transition, mockingly quotes a journalist at the time for his hip claim that the scale and ambition of the hotel were a sign that Joburg was hitting "the big time".

It was indeed, Chipkin quotes again, "the largest and most ambitious commercial building project ever undertaken in SA". Hot-shot American architects were brought in from New York. That’s the league the developers — Anglo American and SA Breweries, the country’s two biggest companies at the time — thought the city was playing in.

The Carlton Centre, which, together with the hotel, formed the Carlton Centre complex, was to be the tallest building in Africa. It still is, and will be at least until Kenya’s 300m-high The Pinnacle, now under construction, has been completed.

Together with the hotel, the centre was an overt attempt to represent Joburg as "the African city of modernity par excellence", as art and social historian Fiona Siegenthaler puts it in her introduction to the Swiss couple’s book.

It had to live up to the highest international standards at the time, and Anglo brought in Western International Hotels (later renamed Westin Hotels & Resorts), one of the top hotel groups from the US, to run the show. It had the best bars and restaurants, a rooftop swimming pool and so forth.

It was to exist as justification for the city’s prosperity and was also seen as being justified by the need to attract more foreign investment to continue economic growth. Chipkin calls it a representation of "the normal modernity of the modern capitalist city" in an "abnormal society".
The hotel’s official status as an "international" hotel even meant the rules of apartheid were suspended at its doors, so (rich) black tourists could stay there. And so it was always curiously isolated — more an attempt to take over representation of the city than being truly representative. 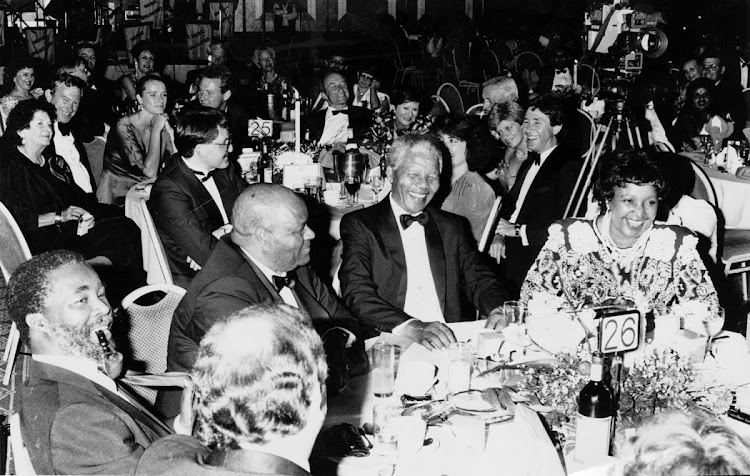 In the early 1990s Mandela enjoyed a protracted stay in the presidential suite, and held many significant events there, including a reception for Paul Simon after the cultural boycott was lifted. The wedding of Mandela’s daughter took place there as well as his own 75th birthday party. It’s where he announced the ANC’s election victory in May 1994.

But by then, already, the hotel was in decline, as economic flight from the CBD had left it too isolated to survive.

By 1998, when it was closed for good, the hotel had already been 60% mothballed and was being run by a skeleton staff. When its last hope of revival — a casino licence — failed to materialise, its doors were shut once and for all.

The Carlton complex was sold off to Transnet "for R32 million, a discount of R52 million on the original cost and a snip when compared to the reputed insurance value of over R1 billion", says Keith Beavon in his book Johannesburg, The Making and Shaping of the City.
Both Beavon and Chipkin argue that in retrospect, rather than representing the glorious beginning of the city’s trajectory as an international force, the Carlton complex actually spelt the beginning of the end for the CBD. Its sheer novelty value and scale allowed it to run on its own momentum for a while, but that’s all that its glory days really were.

In terms of the city’s development, together with the move of the civic centre to Braamfontein, among other things, the Carlton complex "led to the trashing of Johannesburg’s central urban economy", disrupting the delicate balance that Eloff Street’s prosperous social and economic energy depended on, and precipitating the decentralisation that eventually followed.

It’s something of this double meaning of the Carlton Hotel that the book captures so brilliantly. Siegenthaler makes the interesting point that the 1960s idea of Johannesburg as an international city is still at the heart of its identity. It is a "world-class African city".

"Still, it is, on the whole, the skyline of the 1970s that serves as a marketing icon for contemporary Johannesburg," she observes: the Telkom (Hillbrow) Tower, the Sentech (Brixton) Tower, Ponte, and so forth.
Now, even as the myth of Joburg’s internationalism persists, the Carlton Hotel stands stubbornly frozen in time as a symbol of that truncated ambition.

But the larger point is that, much as it came to represent the aspirations of the city, and still does, the Carlton Hotel doesn’t really belong to it. Rather, it tried to stand in place of it.

The Carlton remains a ghost, baffling the imaginations of all who encounter it with its sheer audacity.

Stevie Wonder just tweeted and what he said has celebs talking!

It haunts Sandton, which appears to be repeating the CBD’s old narrative of relentless modernisation, and even some of the buildings in the CBD that are generally being repurposed and reinvented rather than flattened and replaced. Hallmark House in Maboneng, for example, reprises the old story of getting in a famous international architect (David Adjaye) to make the city seem "world-class" (though it has to be recognised that this example forges a uniquely African modernity rather than an imported one).

Siegenthaler argues that the insight that Inside the Carlton Hotel Johannesburg offers into the Carlton Hotel might be a timely reminder of the contradictions at the heart of the city. Though the hotel is strangely unchanged, it has lost none of its symbolic power, but now stands for something different from before.

• 'Inside the Carlton Hotel Johannesburg' (Kehrer Verlag) by Leif Bennett and Yvonne Mueller is available online from sites such as Amazon.com.

• This article was originally published in the Financial Mail.