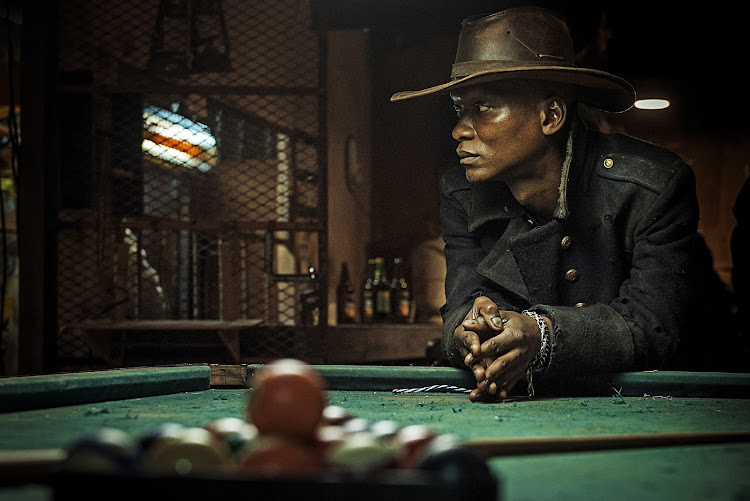 What makes a good superhero movie? Recent evidence suggests that you need a lead actor who is comfortable doing cable-assisted acrobatics in something skintight. You’re then also going to need a comic book to base it off of. Something obscure enough for graphic-novel hipsters to be able to smugly tell people about the hidden Easter eggs they noticed but not so far off the beaten path that Joe Soap needs to do a Google search to understand what’s going on.

Most importantly, however, you need a massive budget, the kind of budget that builds presidential compounds and funds small island nations. All those space ships, aliens and fight scenes don’t come cheap and neither does Robert Downey Jr.

Based on these criteria it is easy to see why people who know about these things have decided that Five Fingers for Marseilles should be thought of as a Western instead of a South African Avengers. Those people are mistaken.

On the surface of it Five Fingers for Marseilles is a Western. Set in the gorgeously mountainous badlands of a fictional town called Marseilles, the film flaunts a bouquet of troupes that bring to mind words like “gunslinger”.

There are horses everywhere, a pistol- toting protagonist and a gang of outlaws that are up to no good. The movie follows the story of Tau ( Vuyo   Dabula ), “The Lion of Marseilles”, a lonesome renegade who returns home after being sent to prison for killing two police officers.

Before his run-in with the law, Tau had been a founding member of a crime-fighting collective known as “The Five Fingers”. He returns to find The Five Fingers scattered and missing a digit. Compounding matters is Sepoko, a menacingly androgynous villain portrayed magnificently by Hamilton Dhlamini.

The growing threat of Sepoko (“ghost” in Sotho) and his bandits is what shifts this film from a good old Western into superhero territory. For one thing, while never overtly so, Sepoko exudes an air of the darkly supernatural. His monologues are raspy, filled with the kind of ominous metaphors that would send a shiver of fear through Iron Man’s suit.

Such is his malevolent gravitas that the weather often seems to tailor itself to his moods. Thunder signals his discontent and clouds gather to hear him speak. Like any superhero villain his costume projects his power. Wrapped in a mélange of heavy coats, scarves and blankets, one gets the impression that his body is inhuman.

To counter such a threat you need a special cohort of heroes and if The Avengers has taught us anything, it’s that such groups are usually riddled with infighting and emotional strife. Thus the stage is set, the (dysfunctional) Five Fingers versus Sepoko in a battle for the fate of the universe, depicted here as Marseilles.

The result is objectively thrilling. Through a combination of stunning cinematography, complex characters and great performances Five Fingers for Marseilles manages to become so engrossing that you hardly notice that you have chewed your finger down to the knuckle.

Part of what makes the film entertaining is the script. Originally written in English, the directors had always intended for the dialogue to unfold in vernacular. The script was apparently written with the intention of allowing silence to help stir the emotional pot when necessary.

In much the same way that Clark Kent spends his days wearing red and blue spandex beneath his civilian attire, Five Fingers for Marseilles is cloaked in the garb of a Western but really has a Black Panther lurking beneath. The only difference is that no one’s special ability comes from a magic flower or the sun. 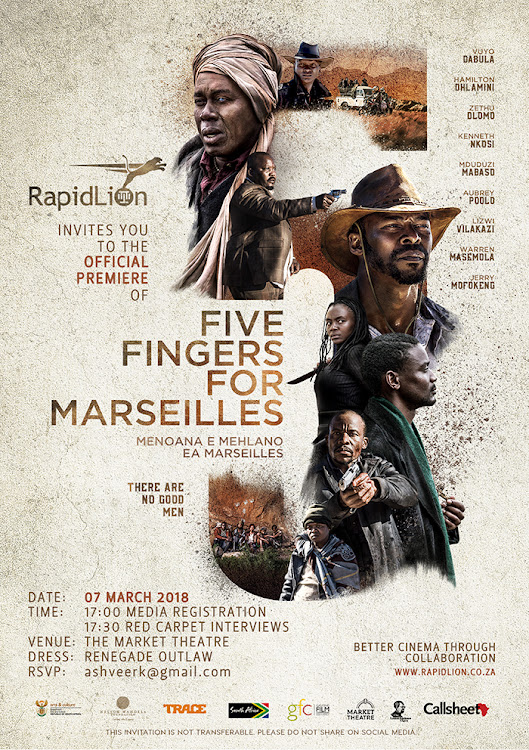 Most superhero movies look to almost deify their heroes by imbuing them with super strength, a super bank balance or solar omnipotence. They then have to spend a significant chunk of the run time humanising them all over again.

This film doesn’t need to do that.

The ability possessed by each of the Five Fingers are derived from their humanness. They have all lived tough lives and have learnt the special set of skills needed to survive it.

In so doing they become much more tangible. Their bones break and bullets don’t bounce off them. This gives us a reason to actually be concerned about them and thus makes their heroics all the more enthralling.

The cast of the movie may not want to think of themselves as superheroes but if you were to strip away the fancy costumes, the high-tech vehicles and the truckloads of money, you would find that Bruce Wayne and the Lion of Marseilles have a whole lot in common. .