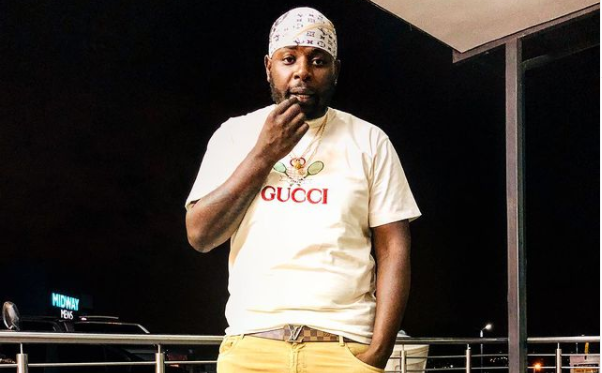 The OG Amapiano cats have distanced themselves from the single 'All of This' by Jorja Smith.
Image: Instagram/ DJ Maphorisa

DJ Maphorisa and Cassper Nyovest are just some of the names in SA music who have taken issue with English singer-songwriter Jorja Smith's take on the amapiano genre.

South Africans know that amapiano is one of the most innovative home-grown genres since the nation was blessed with Durban's Gqom. However, it seems like the international scene has picked up that artists have been killing it with the ingenious evolution of SA afro-house.

English musician Jorja Smith has recently become one the first global stars to jump on that amapiano boat. Alongside Ghanaian music producer GuiltyBeatz, Jorja released a single that can be heard on a beat which they describe as amapiano.

Promoting the song, Jorja said that with her latest single All of This she will be bringing "piano to the world".

After it hit streaming platforms, SA caught wind of the single and had their own comments on the song. Taking to Twitter, many of the biggest names in entertainment felt the musicians who created the track couldn't claim that it was an "amapiano" track, with many saying that it strays too far from the roots of the genre.

DI Maphorisa, Cassper Nyovest and DBN GOGO were some of the names with a stake in the amapiano game who came forward to criticise the song.

“If you don't involve us, it's not amapiano. Then trust me you can't eat alone on amapiano, it's a community movement but we don't mind sharing though,” said DJ Maphorisa.

Cassper had similar views, however he was happy that amapiano is getting the global recognition it deserves. But one fan accused the star of throwing shade at GuiltyBeatz. The latest star to jump on the amapiano wave said that the track needed one of the OG amapiano producers on the track to get that authentic, unique sound.

“I never said anything about Guilty. I said the song is missing a touch from the amapiano producers. Kabza De Small, De Mthuda or Abidoza would have added magic to it. Especially cause she said piano to the world, meaning she was looking for the amapiano sound.”

Here are some of the responses:

A touch from Kabza De Small ,De Mthuda or Abidoza woulda sent this through the roof. Vocals are fire doe! Piano to the world!!!! https://t.co/TPjRHwMJG6

I never said anything about Guilty. I said the song is missing a touch from the Amapiano producers. Kabza De Small , De Mthuda or Abidoza woulda added magic to it. Especially cause she said piano to the world , meaning she was looking for the Amapiano sound. https://t.co/rflZKMedwz

Amapiano hasn’t even tasted the top ten in global charts but we must allow people to come dilute and run with the sound so it can grow? What then happens to the pioneers? Aowa

Mzansi celebs weren't the only ones with opinions on All of This. Check out some of the reactions from social media below:

south africans must gatekeep amapiano. they must be the ones getting recognition, getting opportunities and getting PAID for the genre.

Baby, it's not South African, it's not amapiano. https://t.co/DL1yVhk8Es

Isn’t it only piano if it comes from the AmaPiano region of South Africa? Otherwise it’s just sparkling keyboard? Idk.

If it’s not from Cognac (France) it’s not Cognac

If it’s not from from France it’s not Champagne

If it’s not from South Africa it’s not AmaPiano

it’s not gate keeping. what jorja made isn’t amapiano

if we don’t speak on it they’ll ruin this proudly south african lifestyle of ours https://t.co/4QmaSYYpc5

It’s not amapiano if it wasn’t produced by a South African, bye! https://t.co/hxEW3ILsrc