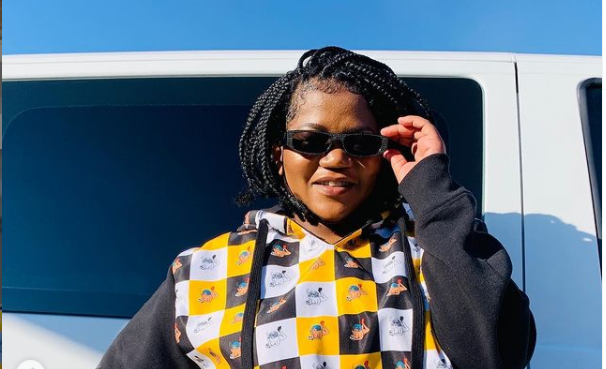 Busiswa has slammed the hip-hop industry for apparently “hating” women after she was announced as the only female “rapper” on the 2020 MTV Base Hottest MCs list and she's made it clear that she knows she was “used” as a token.

Busiswa made it clear that she's neither impressed nor flattered by being the only female on the top ten list that got Mzansi talking when it dropped late last week. She joined those who questioned where the other female rappers were on the list and implied that she felt it was an insult to be included on the list.

“If you’re a female rapper in SA I hope you know they’ve deliberately disrespected you and chose click bait instead: Me. I’m also being used here. The token female that will get engagement on SM going. I’ve worked my a** off for 9 years only to be made a token. Kubi nangapha.” she tweeted.

The controversial list, which happens to ignite chaos on the TL every year, is hosted by Ms Cosmo and sees a panel of “experts” come together to decide on the top 10 MCs that did things that needed to be done that year.

Artists’ Managers making it personal. 😅 The game is the game. We been knew they do this to get the people riled up. Let’s do impactful sh*t together rather than shade each other over lists & awards. ESPECIALLY women. We’re all we’ve got. It’s all entertainment to them. Bayahleka

As she engaged with tweeps who had varied opinions of her presence on the list, Busiswa shut down those who tried to troll her by saying she isn't a rapper to begin with. She made it clear that she wasn't moved by the whole thing and didn't need the list to validate who she is or isn't.

“You can’t tell me what I know about myself. Being called a rapper is not an achievement to me. No matter how highly you think of it. Rest mfethu.”

The My Power hitmaker advised fellow female artists to do “impactful” things together rather than shade each other over lists and wards.

“It’s done and we move. Let's move with love. It’s already a 'doggy dawg' world (pun intended). Don’t hate the player, hate the game. Something is wrong with the game. The game hates women. We know this. Especially those who win. Keep bossing up and the accolades will show up,” she said.

It’s done & we move. Lets move with love. It’s already a “doggy dawg” world (pun intended). Don’t hate the player, hate the game. Something is wrong with the game. The game hates women. We know this. Especially those who win. Keep bossing up & the accolades will show up. 💕

I would feel just fine😅 I don’t expect you to understand what it’s like to be a female in the music industry. Only females in the music industry relate to that. I don’t award myself but I have the choice to accept or reject any accolades given to me. https://t.co/ckaHSt3beG

In case you missed it, here is the full list of the MTV Base top 10 Hottest MCs below:

American music producer Will.i.am has issued an apology to Durban-born gqom pioneer DJ Lag for 'getting credit information wrong' on his latest ...
Entertainment
10 months ago

Tomi Rikhotso may be shy but his stunning designs always take up centre stage.
Good Life
10 months ago

Kamo Mphela has easily positioned herself as the queen of hype music and her every move has been calculated.
Entertainment
11 months ago
Next Article