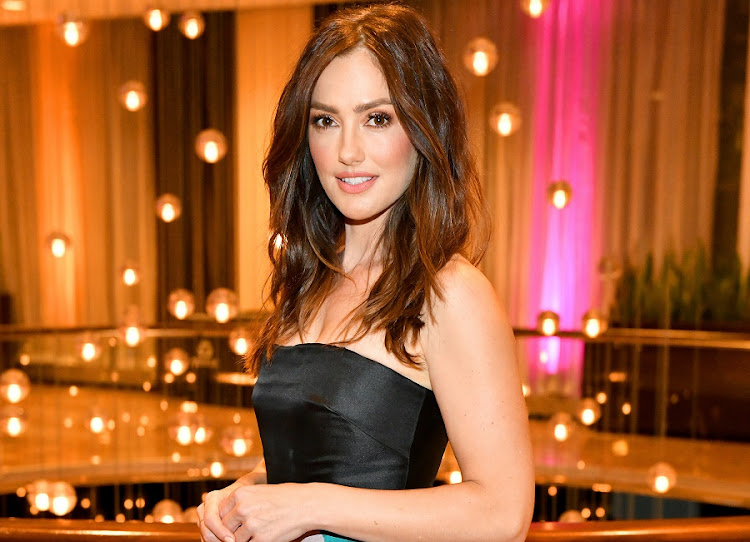 SA comedian Trevor Noah is reportedly in love and ready to take things to the next level with actress Minka Kelly.

An E! News source claimed the pair have been dating for “several months” and have been living together in New York for a while now.

The insider added that things were now “getting serious”.

Another source told People US the pair were “very happy” together.

Neither stars have addressed the reports.

Minka is known for her role in the hit drama series Saturday Night Lights and in Parenthood, Charlie's Angels, and Almost Human.

Trevor broke up with US real estate agent Jordyn Taylor in 2019, after several years of dating. Jordyn confirmed the split in a Q&A session with fans on Instagram Live.

Trevor Noah and his team have mocked US president Donald Trump in a full page hoax advert published in The New York Times, Washington Post and Los ...
Pic of The Day
1 year ago

When asked if she loved Trevor, she responded: “Of course I love him. How could you not love him? I love him so much but you guys should know we broke up this past summer but yeah I love him.”

Trevor spoke about marriage and cohabiting last year, telling The Howard Stern Show that he is a big advocate of not living together, even if you are married.

“I'm a big advocate for not living together ever, even if you're in a marriage ... I think one of the biggest reasons people get divorced and relationships break up is caused by this cohabiting bull**** that people believe is the way relationships are supposed to be.”

He added that he doesn't believe in openly displaying his bae and prefers to keep his love life private.

The star's watch collection is worth millions
Entertainment
1 year ago

The nominees were announced on Tuesday evening, with Trevor credited for his writing and hosting on 'The Daily Show'.
Pic of The Day
2 years ago
Next Article