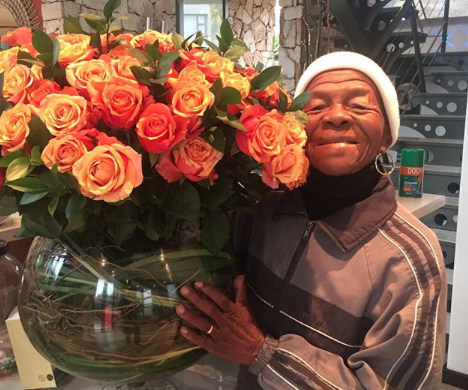 Expressing his pride, Somizi took his cue from the makers of the film, This Is Not a Burial, It’s a Resurrection, who were excited to share the news that Mam' Mary's work in the film was given global recognition.

In the film, Mam' Mary plays the lead role of a widow, who after learning of her son’s accidental death, ties up her worldly affairs and arranges her own funeral. Her plans are disrupted when the village must make way for the construction of a reservoir, and she rekindles her lust for life, vowing to defend the ancestral cemetery and preserve her own dignity.