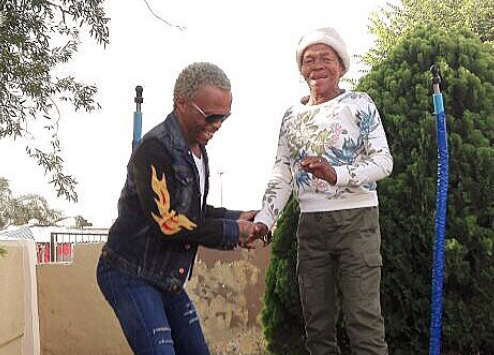 Somizi Mhlongo has expressed his pride that his late mother Mary Twala's last gig was in Beyoncé's international film, Black Is King.

Mary appears in one of the last teaser videos the US superstar shared with the world in anticipation of the pro-black project that features artists from all over Africa as Beyoncé celebrates all things black.

Her son couldn't be prouder if he tried.

Mary is one of the greatest artists to come out of Mzansi with a career that spanned more than six decades. She died a few weeks ago aged 79.

Watch the snippet below to see Mary.

I remember MAMA ....SHE LIVES IN ME

The hype on social media for the visual album and film is so crazy that one may be tricked into believing South Africans have seen it, but that's not the case.  The film will only air in South Africa on Saturday.

Nandi also took to Twitter to thank Mzansi for the love thrown her way since since people found out about her involvement in the highly anticipated film.

"Want to thank you ALL for your support! A lot of great things are happening in my life careerwise, having a new TV show, being nominated for two Samas, being featured in Black Is King as well as great news next month! I am overwhelmed with the love!" Nandi said.

Watch the longer clip from Black Is King below.