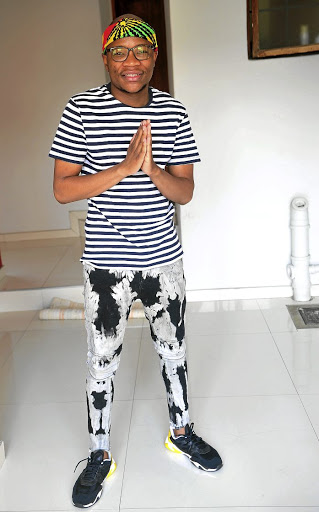 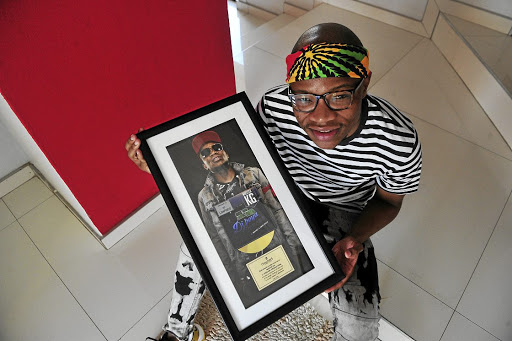 Master KG has made big strides from dropping out of matric in his Limpopo home village to global hit Jerusalema and the world is catching the vibe of his unique sound.

This is Master KG's world, we just happen to live in it - wanitwa mos (can you feel me).

The king of Bolobedu house music, born Kgaogelo Moagi in Calais, some 53km south of Tzaneen, is the name on everyone's lips.

Whether it's with scoring a hot collaboration with Burna Boy, getting snubbed by the SA Music Awards (Samas), sparking a global dance craze or serving couple goals with singer Makhadzi.

But who is the man behind the international brand?

Rocking a fashionable head bandana, as opposed to his signature caps (he would never be caught dead without headgear) Master KG graces me with his presence on a warm winter afternoon.

The 24-year-old trended on social media when he revealed his receding hairline as the reason for his fancy headgear.

"I think people only saw my hair this year. I don't remember when it (hairline recession) started. I blame the hats," he chuckles.

Master KG's music trajectory started when he dropped out of matric in his village.

The middle child of three siblings was raised by his grandmother while his mother worked out of town. His mother was not impressed when he decided to drop out, especially since he was top of his class in mathematics.

"That's when my music started to gain momentum; the focus in my school work was just not there.

"So I did two months in grade 12 and just dropped out. The same year I got a record deal and I lied to them too because I told them I was still going to school.

"My grandmother is one of those people that believed in my decision to do music. My mom was having none of it but my granny just talked her down."

Now that he has made a name for himself, matriculating is top of his list.

Mzansi first paid attention to Master KG in 2018, the year that ended with him winning the SABC Summer Song of the Year. He had entered the race as a dark horse with Skeleton Move. Curiously, some music fans had felt that King Monada's Malwedhe should have won the top prize, sparking talks of rivalry between the two homeboys.

But Master KG maintains that there is no beef between him and Monada.

"I never had a problem with King Monada," he insists.

"We did music together before we both blew up. I remember I used to go to his place when things were really tough to make music. The rivalry was started because we are both from Limpopo and obviously there must be one champion. We are like Orlando Pirates and Kaizer Chiefs."

Throughout his illustrious career, Master KG has been synonymous with unearthing underground artists. He gave exposure to the likes of Zanda Zakuza (Skeleton Move), Nomcebo Zikode (Jerusalema) and Makhadzi (Di Boya Limpopo).

"I've never been that artist who dreams of working with big artists," Master KG says.

"I've never been that artist to have international influences too. Good music is not about you being a big artist."

Master KG, Makhadzi and Sho Madjozi - all Limpopo-born hitmakers- are the three biggest snubs from the 26th annual South African Music Awards (Samas).
Pic of The Day
1 year ago

Master KG does acknowledge that teaming up with Nigerian megastar Burna Boy on the Jerusalema remix took the song to new heights.

"Both Skeleton Move and Jerusalema topped music charts in Nigeria. I heard that it's not easy to break into that market if you are not from there," he says.

"So Burna Boy was aware of me and Jerusalema was one of his favourite songs. It was easy to work with him because he was aware of my music and what I can do.

"It was organic and we didn't even pay money for the collaboration as many of these things happen."

Master KG has never been afraid to stand out with his music despite the constant pressure to fit in. He has always strived to make music in vernacular in hits such as Jesu Wa Makatsa, Qinisela and Waya Waya.

"I remember after I made Skeleton Move I had lots of people saying you will never make a hit like this again.

"Because the hook of the song was in English I remember others advising me to capitalise on making music in English. But I continued to make music as I always did. Music is just a universal language."

While he continues to gain international recognition, including winning last year at African Muzik Magazine Awards (Afrimma) in Dallas, Texas, back at home he has not been as successful.

His constant snub by the Samas has left fans upset. Master KG confirms his disappointment, but says he will continue to make good music until they deem him worthy of recognition.

"It's just amazing that I win all these international awards and back home there is no recognition. But I don't I have a problem with it. I will just keep making good music. It will not determine what I do next. If they recognise me in three years from now, it's fine. I'm not going to fight them."

His romance with regular collaborator Makhadzi has garnered as much attention as the hits they make together. But it's still a long way before we see Limpopo's king and queen walk down the aisle.

"We have come far together and it's just that people have only noticed lately. We have been there for each other not just with romance, but musically too," Master KG says.

"I feel like we still have a long way ahead of us before marriage. We still have to conquer the world. I think when that happens we need to lay low, be financially stable and just relax."

The South African Music Awards (Samas) has broken its silence following public outcry over lack of gender and cultural diversity.
Entertainment
1 year ago

Queen of Limpopo dance music Makhadzi is no newbie - don't get it twisted.
Pic of The Day
1 year ago
Next Article