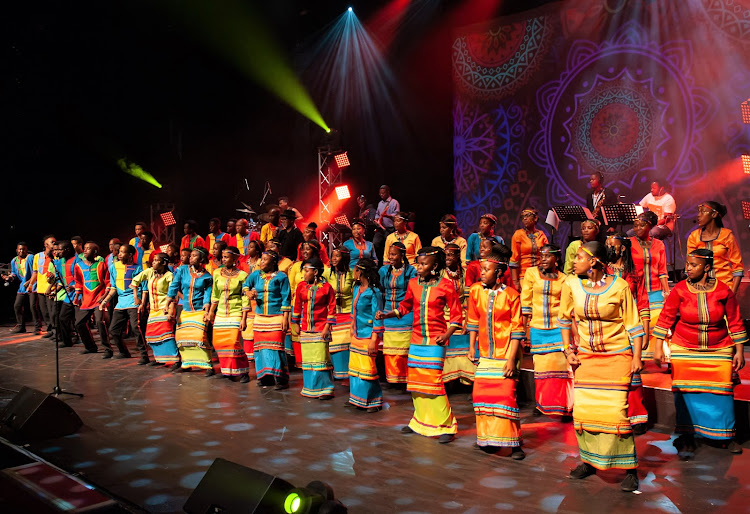 Jannie Zaaiman, founder and director of the award winning Mzansi Youth Choir, says their recent win at the first ever Interkultur “Virtual Choir Games” gave the group a glimmer of hope, especially as the global community continues to live under the threat of the Covid-19 pandemic.

“The families and friends of the choristers in Soweto are super excited. You know we’re going through a very tough time, so this win is like a star that has come up for all of us. You can hear from their voices that this is absolutely astounding,”  Zaaiman told TshisaLIVE.

MYC won in the category “choirs with accompaniment”, with their video submission of “a million dreams” by Benj Pasek.

The event was set to have taken place in Belgium but was cancelled due to Covid-19.

Videos from entrants were broadcast on the Interkultur TV platform from July 5- July 15. The organisation received 128 videos from 44 countries. There were two categories, namely “choirs A cappella” and “choirs with accompaniment”.

The youth choir from Soweto won in the category “Choirs with Accompaniment” at the Interkultur 2020 virtual World Choir Games.
S Mag
1 year ago

Zaaiman admitted that doing virtual rehearsals had its own challenges, but emphasised that it was important for the choir to adapt as virtual performances will likely become the new normal.

“The world will be very different and Interkultur has already indicated that the virtual competition will not be the last. So, the virtual world is going to remain with us and it can take a long time for the arts in particular, to return to normality and get back to being in larger groups and do shows and concerts.”

The choir has a number of projects in the pipeline until the end of the year.

They include their performance with the Johannesburg Youth Orchestra, releasing three new videos in collaboration with some of SA’s biggest stars and the virtual conductor development programme, which is a compilation of the choir’s behind-the-scenes videos of the competition rehearsals.

“We do not want to lose any momentum and also, for self-esteem, it’s super important for us to keep on working, engaging and asking for ideas.

"Our team is super innovative in a way they come up with suggestions, in what we can do. We speak basically every third day to decide what’s next. That’s how we keep each other motivated.”

Ndlovu Youth Choir didn't win 'America's Got Talent', but they won our hearts

The Ndlovu Youth Choir may not have won America's Got Talent, but they represented everything that is wonderful about Mzansi and united the nation ...
Entertainment
2 years ago

CHARMZA OF THE WEEK

Big-ups to the Limpopo-based SA Youth Choir, also known as the Ndlovu Youth Choir, for reaching the finals of the TV show America's Got Talent.
Shwashwi
2 years ago

These young people have powerful voices and are superstar performers!
Pic of The Day
2 years ago
Next Article