Zizo Tshwete opens up about sexual abuse: The trauma was literally blocked out of my mind 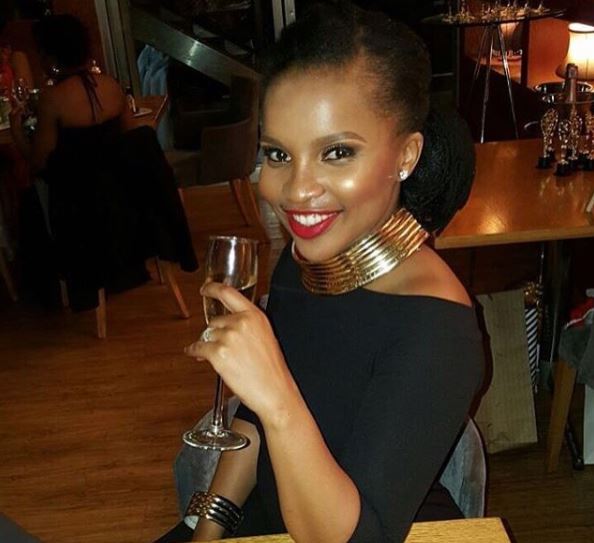 Zizo Tshwete has opened up about the trauma of being abused.
Image: Via Instagram

Zizo Tshwete has opened up about the trauma she experienced after being abused several times as a child, saying she was crippled with fear and disbelief.

The star recently revealed on Instagram that she was a victim of sexual assault and was now allowing herself to heal.

In an interview with True Love Zizo detailed how she was abused on three occasions before she turned 18.

"As a little girl, I was taken advantage of by a family friend, and threatened into not sharing what happened. The trauma was literally blocked out of my mind. Later on, as a teen, a similar situation happened at a hangout with some friends.

"Then, the third time was when I was taken advantage of by a medical practitioner. I went in for a consultation, and ended up being touched inappropriately. All of this happened before I was 18."

She admitted that she was paralysed by fear after these incidents and constantly debated with herself on whether they were real or if anyone would believe her.

'Use your instincts': Zizo Tshwete advises on tackling tough situations

Zizo Tshwete believes taking control of your life comes from listening to your instincts and assessing your past actions.
Pic of The Day
2 years ago

The star has acknowledged the trauma these experiences brought and said she was speaking out to help other women who may be struggling.

In a social media post in May, Zizo said nobody deserved to have their innocence taken away from them and said when she was assaulted at age 10, she passed out from the pain.

"I never thought about it again until as a deeply broken adult who desperately needed to heal. Barely surviving that only to encounter it again repeatedly as a young adult took any last hope I may have had for the goodness in people.

"You can only imagine the abyss I have had to crawl out of to know of self-love let alone to have the courage to allow myself to experience it. Yet, here I am. Celebrating myself for that, in fact, my vulnerability is giving me back every inch of power that has ever been taken away from me."

In another post last month, Zizo encouraged women to speak out on gender-based violence and share their truth.

#BeLoud about the issues that matter to you. We need to let it be known what we will no longer accept. We should never forget the real meaning of #YouthDay! Let it be an opportunity to keep advancing towards the communities that we want to see ourselves living in. I’m grateful that @telkom_za gives us the platforms to have these conversations. #TelkomConnectsSA

The last decade saw social media, especially Twitter and Facebook, becoming a platform that ordinary people and celebrities used to voice their ...
News
2 years ago
Next Article