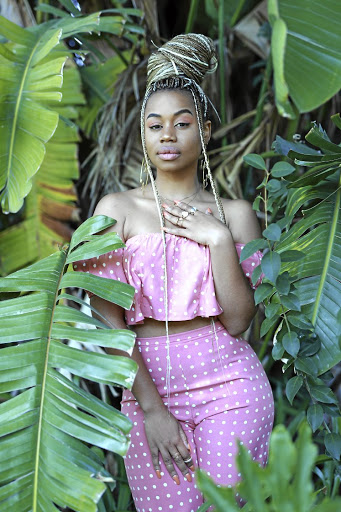 Amapiano has officially broken into the international market and 'yano queen Sha Sha is leading the global takeover after winning a prestigious BET Award.

"I'm still pinching myself. It's a beautiful moment that amapiano is being recognised internationally and just the music that I do in general. It's amazing and fulfilling," Sha Sha said.

"I'm very happy and humbled. This is really a great moment. It means the world to me. Just a nomination alone puts me on a great platform and it has opened bigger opportunities for me."

Nomzamo Mbatha, dolled up in a Cavanagh Baker bodycon number, announced Sha Sha as the winner from her Los Angeles home in the early hours of yesterday morning.

Sha Sha stayed up in her Johannesburg home.

Sho Madjozi lost out to Burna Boy in the Best International Act category.
Pic of The Day
2 years ago

She told Sowetan yesterday that she was disappointed that she couldn't attend the awards in person because of the Covid-19 lockdown and walk the red carpet in Hollywood.

"I stayed up with my sisters all through the night and finally I heard my name.

"I was in shock for the first few seconds and then it hit me," Sha Sha added.

"I lost my head - it was super crazy because I was screaming. The next door neighbours actually complained."

Rapper Sho Madjozi lost out to Nigerian megastar Burna Boy for Best International Act - who won the award for a second consecutive year.

The winner in the category was introduced by supermodel Naomi Campbell through a video clip.

"Thank you very much BET, second time I appreciate it. I will use this opportunity to say sometime around 1835 there was a mission to turn the nation of Africa into a dominated nation," Burna Boy said during his acceptance speech.

"Now it's the time to overturn that back into the royalty that we were because in order for black lives to matter Africa must matter."

'Your voices are being heard', Beyoncé tells BLM protesters

Actress Nomzamo Mbatha will join some of the world's biggest stars as a presenter at the BET Awards this coming Monday.
Entertainment
2 years ago

This is the Tsonga rapper's second nomination at the awards after her big win last year.
Entertainment
2 years ago
Next Article