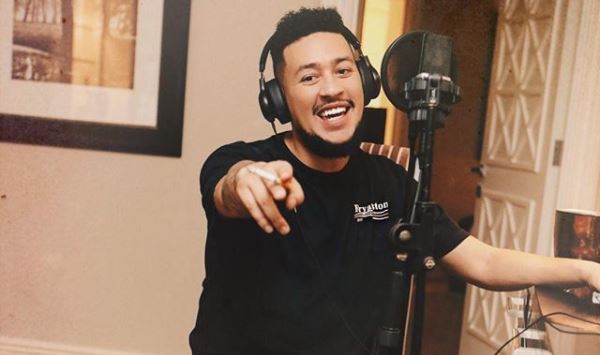 AKA dropped three songs in one day and the Megacy is going nuts!
Image: Blaq Smith / AKA Instagram

Today, hands down belongs to rapper AKA, who dropped three fire tracks that are owning the entire Twitter trends list.

Plus, he's used the opportunity to once again give his rivals the middle finger.

It seemed a bit too good to be true when AKA announced earlier this week that he would drop three new songs on Friday, but the Mega kept his word and now the streets are finally chaotic for the right reasons.

AKA dropped the mid-tempo, nice vibe Cross My Heart - where he gave a bit of a shout-out to his 21-year-old girlfriend for the positive energy she gives him.

Then he gave his Mega nation the slow but hard-hitting Monuments, where he blew his own horn and sang praises of the people he considers to be great, like the late ProKid.

Then he recruited Gemini Major to help him create Energy, an effortless, timeless classic.

Obvs, AKA was untouchable on the TL and declared May 22 a strictly #AKADay.

The rapper also took the opportunity to stick it to his rivals.

Why they keep giving us shit that we end up using against them *shrug* ... hayi. They make it too easy. https://t.co/PL82pwYpjo

The man might be a problem but it seems the consensus is that when it comes to music ... he knows what he's doing!

So what song are you vibing with?

AKA puts Reebok on blast over SneAKA deal, says he didn't 'get one cent'

Rapper AKA has come out guns blazing against Reebok, claiming he was not paid for the creation and marketing of his SneAKA shoe range.
Pic of The Day
1 year ago

Concert to air on local TV, worldwide next Monday
Entertainment
1 year ago

Fight fans must fasten their seat belts because it is clear that once rulers of this world announce the return to normal life, boxing will take off ...
Sport
1 year ago
Next Article