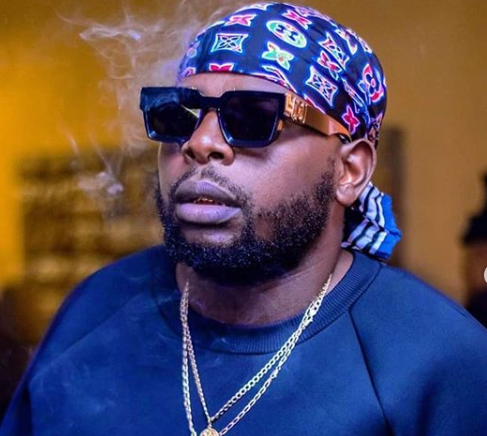 DJ Maphorisa and Prince Kaybee have left the socials in a mess after going at each other about who owned what and who got the block hot in terms of their music ... it's no wonder Mmusi Maimane had to step in.

Earlier this week, Maphorisa called out Prince Kaybee, Lady Zamar and Mafikizolo for allegedly not owning the masters to their music, while he flexed about having his.

Since then it's been a war of words on the TL between DJ Maphorisa and Prince Kaybee, who came at each other from almost every direction.

While many were entertained by the exchanges, Mmusi came out asking the two to focus on giving the people good music instead of fighting, because they were both winning anyway.

“Bafethu. Owning a masters is important. Diversifying into other business sectors is important. Lifting other artists up is important. Both of you have smaller arms than me. Ngiyi Tazz yama bicep. Can I ask that we focus on giving the people more good music?'

Both of you have smaller arms than me. Ngiyi Tazz yama bicep.

Can I ask that we focus on giving the people more good music. https://t.co/7RSBgGSDt7

Mmusi's reaction to Maphorisa and Kaybee's twar surprised many, who shared sentiments that they loved the “new” politician who seems to not be uptight, even DH PH was here for it.

Fans are loving the fun side to Mmusi, who earlier this week expressed that he was a fan of the latest tracks by rappers Cassper Nyovest and AKA.

Mmusi commented that Cassper's Good For That song “goes in for sure”, with a fire emoji, after the rapper talked about the reception he received in Phalaborwa, Limpopo, at the weekend.

Cardi B fever has hit Mzansi – so much that it crashed a tickets website in seconds. At 3pm today, just four hours before the American rapper was  ...
Entertainment
2 years ago

Boity, Siya Kolisi & DJ Maphorisa: see what your fave celebs got up to this weekend

Your weekly guide to what your favourite celebrities got up to over the weekend.
S Mag
2 years ago

The song is Mzansi's new favorite and features Kabza de Small and Cassper Nyovest.
Pic of The Day
2 years ago
Next Article