Linda Mtoba: Bringing life into this cruel world is a constant prayer 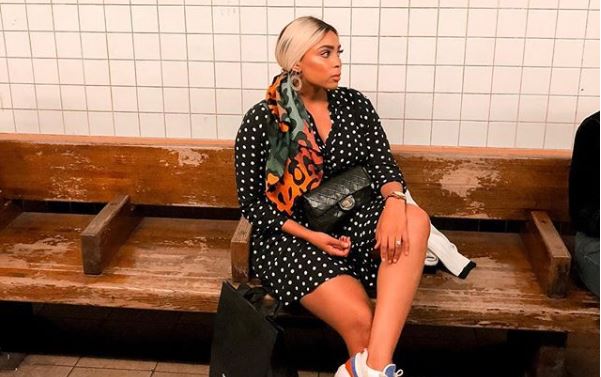 Actress Linda Mtoba is a glowing and protective mother, who prays her child will be protected in “this cruel world”.

The River star, like many, is worried about raising her daughter in a society that can be dangerous.

On Twitter at the weekend, she said: “I pray so much over my daughter. I pray she lives a fulfilled life, that she may never know great sorrow or hurt ...May she keep her health and limbs. Bringing life into this cruel world is constant [prayer],” she wrote.

I pray so much over my daughter, I pray she lives a fulfilled life that she may never know great sorrow or hurt. For things like may she keep her health & limbs. Bringing life into this cruel world is constant pray.

The actress later shared her thoughts on the justice system, saying she had little faith in the police.

In as much as I have very little faith in our police like many of our public resources they are over worked understaffed and some not well trained.
But I feel effort also lacks. There’s no passion for it even if there was it dies cause of the system.

Linda is not the only celeb in SA who is concerned about her child's safety.

AKA told his fans he was afraid for his little girl’s safety after 20-year-old Nicholas Ninow raped a seven-year-old girl at a Dros restaurant in Silverton, Pretoria, in 2018. Ninow was sentenced to life behind bars for the rape and five years for drug possession.

“As a father, this whole Dros rapist saga is heartbreaking and scary. I fear for my own daughter’s safety and what kind of world she has to grow up in. It’s so messed up, man, so so messed up,” he said in a tweet during the trial.

“As beautiful as the thought of mothering may be, bringing life into this world, in SA in particular, in this particular time, is the scariest reality,” she told fans.

When Linda Mtoba, the TV actress and former Isibaya star, took to social media to say breastfeeding in public was not a shame, some people took her ...
Opinion
2 years ago

Actress and new mom Linda Mtoba is not here for those who have an issue with her breastfeeding in public, telling her followers that moms should not ...
Pic of The Day
2 years ago

From being the talk of the town on several occasions to entering her journey into motherhood, actress Linda Mtoba has had an eventful year.
Entertainment
2 years ago
Next Article