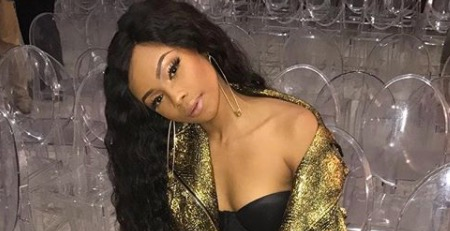 It's no secret that a lot happened this year, but Mzansi never failed when it came to adding light in those difficult times.

And, in the midst of everything they also managed to add new words to the dictionary.

Best you brush up on some of these, you know, to seem cool this Dezemba.

Here are the ten most popular phrases:

Made popular by Mzansi fave, Bonang Matheba on her reality show Being Bonang. From the popular phrase "Moghel", to now "We are within" the B-Force are certainly enjoying the content their fave brings.

Earlier this year Rob Mally got the socials lit with his phrase, "Iss too much" and was considered a vibe and a proper mood.  Many people stanned with Robbie Malinga Jnr who had an accent to die for. The real flex king!

Former Bosasa COO Angelo Agrizzi had everyone talking after his testimony at the state capture commission, and in typical Mzansi style, Agrizzi catch phrases took over the internet.The term "agrizzed" has now become a social media favourite when discussing the Zondo commission and unrelated situations.

While he was known for saying that we can't see him, Sho Madjozi took things to another level when she created a song about the love of her life acting like he can't see her like 'John Cena'. She then performed it on YouTube's Colors Show and took off way beyond anyone thought. From becoming a dance challenge to even meeting the man himself.

John Cena became an anthem that took the world by storm.

As anticipated to be the song of they year, Labantwana ama Uber became way more than a song but a phrase that people used to call a certain type of girls. The hit song by Semi T, Miano and Kammu Dee not only gave Mzansi a phrase that will lit up December.

In September, South Africans were a bag of emotions after an increase in murders, kidnapping and looting dominated headlines.

UCT student Uyinene Mrwetyana's name sparked the hashtag #AmINext after a suspect arrested in connection with her disappearance appeared in court on charges of rape, murder and defeating the ends of justice.

This word is considered the verbal equivalent of an eye-roll. Call it an eye-roll from the "snowflakes" to the old-timers they blame for climate change and student debt. "OK boomer" is the new rallying cry for Generation Z, and the meme-friendly put down is suddenly everywhere.

When someone is about to test the living out of you. Most people use the phrase, Miss me with that. The phrase dominated the socials and caught people being able to shut people down when they are about to be tested.

When people feel that a pearson is pushing their luck at something, they often say, "You're reaching." This phrase was mostly spoken by "hip and happening people" ... you know, the more trendy ones.