Boity's world to open up on show 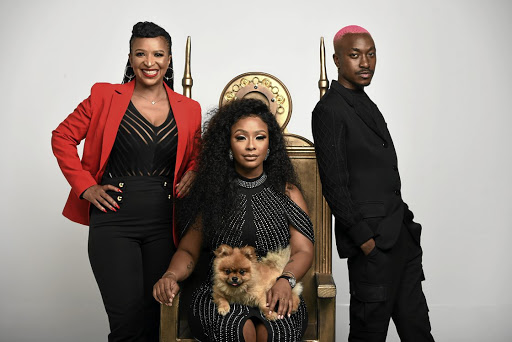 Boity Thulo plans to let SA into her personal life and spiritual journey in her new reality show.

Sowetan can reveal that Boity: Own Your Throne will premiere on BET Africa on February 5.

She will be joined by her mother Modiehi Thulo and BFF Bob Sithole, popularly known as Bobby Blanco, in the show.

"I've always been afraid of letting people that much more into my life. But I felt like it was now OK to give people a glimpse of my private life," she said.

"It was just fair for me to give them the piece of what this life really is. It's not always glitz and glamour.

"It's been an incredible year. I feel like God has been on my side and badimo [my ancestors] said we are here too. "

The 29-year-old star will also give people a glimpse of her spiritual journey. In 2016, it first emerged through the media that Thulo was undergoing sangoma training.

"I guess I made it fashionable in a way," she jokingly said.

"But I guess it served its purpose for me to have gone that route with the media and it's probably what my ancestors wanted too. My purpose for that moment was to show that it's OK.

"We are all vessels of this spiritual journey and we are messengers. We are just being led. Maybe I opened that door.

"I still try to protect my spiritual journey as much as possible because it's very personal but people will see a touch of it on the show. I don't want it to seem like it's a type of character."

Boity labels 2019 her best year ever

As the year 2019 gets ready to make it's exit, Boity Thulo has saluted it for treating her right.
Entertainment
2 years ago

Boity, who has had much-publicised relationships with rapper Cassper Nyovest and music video director Stanley Obiamalu, said fans can expect to see her dating life on the show. She said she is currently single.

"At the moment I don't have a romantic life, so we will see. If someone pops up during the show they pop up," she said.

"I'm almost 30 and that time to settle down is creeping in even if you don't want it to. I'm definitely looking forward to meeting someone and I actually want it."

"Every moment of my music career surprises me. I didn't know I could take it that far," she said.

"Even on stage, I didn't know that there was something inside of me bubbling under [and it] would burst out so beautifully."

"There wasn't a specific moment when I told myself I wanted to rap. I think it was when Nasty C called me and said, 'I think there's something there'"
Pic of The Day
2 years ago

The star from King William's Town in the Eastern Cape beat out Snenhlanhla “Sneziey” Msomi for the crown at a packed Carnival City in Boksburg.
Entertainment
2 years ago
Next Article