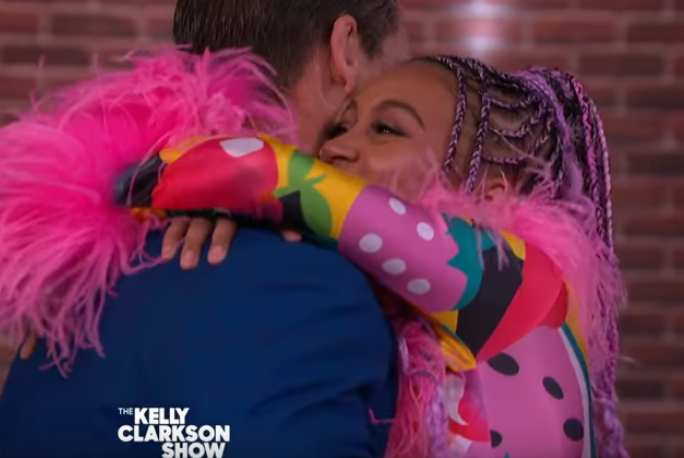 The bubbly rapper was asked by Kelly Clarkson if she’s ever met John Cena and she said: “Oh no! Of course not, not yet. I hope I will one day.”

Dressed in her usual vibrant colours and adorned in pink pom poms she performed her hit song John Cena.

As she was performing John Cena sneaked out onto the stage and started dancing behind her. When Sho realised that the WWE superstar was on stage with her she started screaming and jumping. Watch the video below: