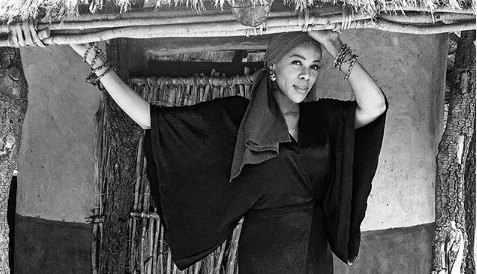 Social media went into chaos mode on Wednesday with the premiere of Dream: The Lebo Mathosa Story, with many slamming the production.

The show, based on the life of the star, premiered on BET Africa and was immediately under the microscope from social media users.

The production had got tongues wagging when its creators announced last month that Lebo would be played by KB Motsilanyane and Bahumi Madisakwane. Bahumi would play the younger version of Lebo, while KB would play the star as an adult.

Fans were not impressed by the casting but that was the least of their problems when the show aired on Wednesday.

While some enjoyed the first episode of the series, many criticised it for poor execution and excluding Lebo's Boom Shaka days.

Here are just some of the reactions:

Let's forget it ever existed

#LeboMathosaBET "it's a brand new day the sun is shining bright" playing in my head. Trying to forget about last's episode. pic.twitter.com/t2Op8cW0dq

For once I agree with the masses , this girl could have done great as Lebo , KB is too classy #LeboMathosaBET pic.twitter.com/GMGajgAKNy

It's not KB's fault

I am not happy with the production #LeboMathosaBET have nothing against KB, she tried her best pic.twitter.com/UT50c9XfzE

KB is fine, the cast is also okay.... Problem is the story line, maybe its the producers mar gonale something maan se se sent sharp, gonale something ga se get! #LeboMathosaBET pic.twitter.com/Tt0vNWfbIo

Where is Boom Shaka?

If they don't include these champs then I give up , this is how most of us got to know Lebo #LeboMathosaBET pic.twitter.com/PP6csNZiwQ

Am i the only one who is lost on #LeboMathosaBET , where are we starting the story from ?? pic.twitter.com/ryW1v2FA45

Why not air it on Moja Love?

Why didn’t they air this thing on Moja love #LeboMathosaBET pic.twitter.com/UskCE6jEpC

Can we please support local?

How creative can you get in the kitchen, using mielie meal as your main ingredient?
Good Life
3 years ago

The Queen’s Thandy: My family are praying for me to find a man

The actress will soon celebrate her 30th and her family is praying that she finds her prince charming and some kids.
Lifestyle
3 years ago

Wanna get pregnant fast? The Queen's Petronella 'knows a guy in Germiston'

The domestic worker (and part-time life coach) dishes out advice like disses on a Pusha T diss track.
Lifestyle
3 years ago
Next Article