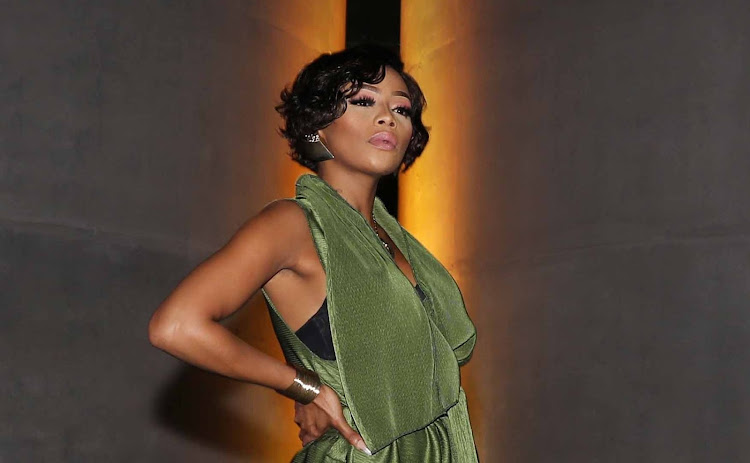 Bonang, above, and Trevor Noah flew the flag high at the Pencils of Promise gala in New York.
Image: Gallo Images/Sunday Times/Esa Alexander

Mzansi's media darling Bonang Matheba pulled out all stops on the red carpet at the Pencils of Promise gala dinner in support of SA's other national treasure, Trevor Noah.

Trevor was among those who received the Activist Award for his contribution to education through his foundation.

Bonang's appearance at the gala dinner in New York formed part of her tour to the States, ahead of the E! People's Choice Awards, set to take place in Santa Monica, California, on Sunday.

Our Queen B has clinched the African Influencer of the Year Award, which she will receive at the swanky ceremony.

The Pencils of Promise event, which took place on Monday at the Cipriani Grand Ballroom, honours prominent people in entertainment, art, technology and storytelling, who have contributed to global education.

Here's how Trevor and Bonang ruled the red carpet.

During a previous interview with SowetanLIVE sister publication TshisaLIVE, Bonang said that this year she told herself she wanted to do more for girls' education and decided to focus on this cause.

“Young girls are absent at school because there was not enough education being done around menstruation. I try to use my platform, my name and my influence to let people know the gender-based barriers when it comes to young women and girls.”

Bonang added that she doesn't want to just slay on the socials: “I don't want to only be known as that. There needs to be some substance in what I do.”

There's no stopping Bonang as she bags prestigious international award!

Bonang Matheba continues her dominance of 2019 with another top international award.
S Mag
2 years ago

How dance has helped Thusi uplift lives of other people

Feather in the cap of Mihlali Ndamase as she scoops award

Bombshell Mihlali Ndamase continued on her winning streak after being crowned Socialite of the Year at the 2019 Feather Awards last night. The ...
Entertainment
2 years ago
Next Article