Zodwa Wabantu hits back at haters: Prostitutes are people too! 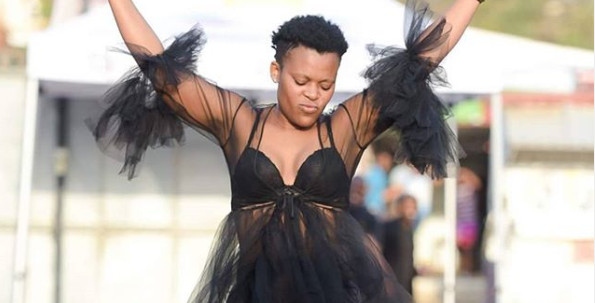 Zodwa Wabantu says she will use the hate she has received to start a conversation about prostitution.
Image: Zodwa Wabantu Instagram

Zodwa Wabantu has hit back at those who claim she is practicing "public prostitution" by dancing half-naked in the club.

She may have been showing off her body and hitting a young vosho in the spotlight for well over two years, but once again has had to beat back criticism that she is selling her body for cash.

In a comment posted to her social media pages over the weekend, one follower accused her of "public prostituting".

She quickly responded by telling the user that they were practising "indoor prostitution".

Zodwa causes a frenzy with wedding dress snap, and we have all the tea

It's not what you think.
Pic of The Day
1 year ago

Zodwa told SowetanLIVE sister publication TshisaLIVE she has often been called a prostitute but didn't care.

"People can say what they want about me. I don’t know what that word means and I don’t give a f*ck! It doesn’t hurt me and I won't lose sleep over it.

"It is better to eat with prostitutes than judge them. The same society that judges them are the same ones that pay them in secret."

The star said she would use the hate she received as an opportunity to start a conversation about prostitution. "It is not something to be ashamed of. It is not an embarrassment. I want to open a discussion about it," she said.

Zodwa explained that a few weeks ago she was driving around Durban when she met four prostitutes. She stopped her van and started socialising with them.

"There was a white lady and three black ladies. I stopped the bus and greeted them. I asked them how much they cost. I didn’t interrogate them, I didn’t judge them. They are people too," she said.

"They told me they charge R300, so I gave them R300 out of my pocket. They were surprised.

"I know what is happening on the streets. I don’t hide from the real world."

Musician paid R20,000 to have Zodwa on a music video: Here’s a snippet

Zodwa is collecting coins like a slot machine and recently took home a cool R20k for appearing in a music video.
Entertainment
1 year ago

Zodwa Wabantu's reality show has been a massive hit with audiences and the star has said that she's currently negotiating for a second season of the ...
Entertainment
1 year ago

Socialite and dancer Zodwa Wabantu is set to become a movie actress.
Entertainment
1 year ago
Next Article