Rapper Blaklez opens up about his struggle with depression 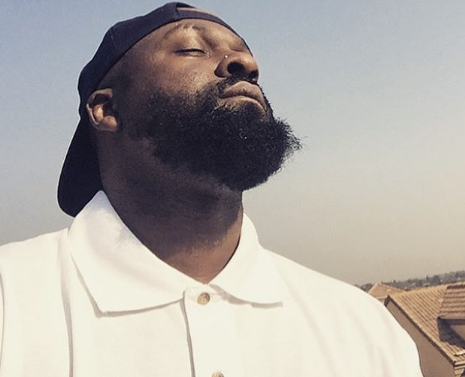 Blaklez has opened up about his depression to educate people on mental illness.
Image: Blaklez \ Instagram

Blaklez has opened up about his struggles with depression, explaining how the death of his mother left him in a dark place.

The rapper's mother died in 2013, just months after the birth of his daughter.

Reflecting on his life following her death, Lez said he made several bad choices as he struggled with depression that threatened to destroy him.

"For the next few years I made the worst choices as I struggled with depression. God stayed with me as I fought my way out of a life-threatening mindset."

He said that he was able to find relief in writing and performing.

"These days I write powerful stories thanks to my past," he added.

The star touched on depression and attempting suicide in a song released in February.

The track, called I Have No One, features Lez apologising for several things, including secretly wanting to commit suicide.

He told fans in a series of tweets after the song's release that he wanted to make people aware of mental illness and attack the stigmas attached to them.

In a rare instance for the night,  Jabu Hlongwane and Lindelani Mkhize were there to accept the awards in person.
Entertainment
2 years ago

Fresh from paternity leave, as he jokingly refers to it, rapper Sizwe "Reason" Moeketsi will be performing at the famed Back To The City Festival in ...
Entertainment
3 years ago

Everything you need to know about Blaklez's track 'Who Killed Senzo?'

Blaklez has used Senzo Meyiwa's killing almost four years ago as a canvas to speak about the "injustices of society" in his latest track.
Lifestyle
3 years ago
Next Article