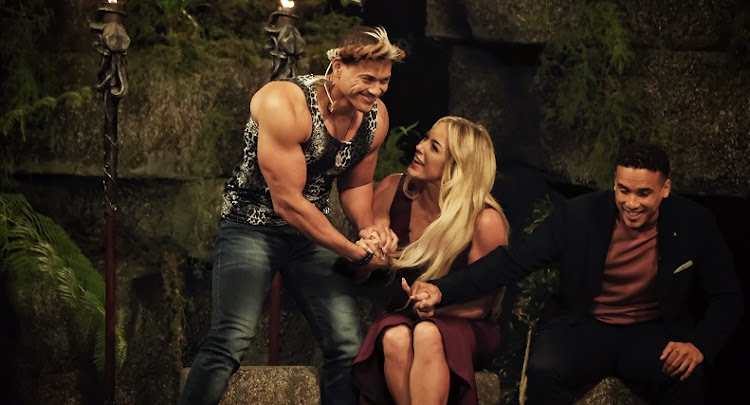 After 39 gruelling days, crazy blindsides and tricky alliances; Rob Bentele was crowned the Sole Survivor at the Survivor SA: Island of Secrets  finale.

He beat out Laetitia, Durao and Nicole to the title and R1-million prize money.

He also won a voucher to the value of R10 000 from Cape Union Mart as part of his prize.

The man from Richard’s Bay, KZN, got majority of votes from, with Danté, Meryl, Mmaba, Mike, Laetitia and Geoffrey all respecting the game that he played. Nicole got four votes from the jury.

Rob described himself as the web that controlled the game and speaking to the media after his win admitted that he had learnt to use his ego to his favour.

"I have been on a spiritual journey for quite a while and I thought that you needed to shed or suppress your ego but I have learnt that there is a bad side and a good side and I need to accept them both. I stopped suppressing m ego because it is who I am, instead I embraced it."

You never know how strong you are....until being strong is the ONLY choice you have #survivorsa

He said that he visualised winning from the moment he stepped into the game and was focused throughout.

"You see how deep your desire to fight is and at times I was fighting for my life in the game. At times the line between the game and reality were blurred to me. I was completely submerged in the game."

Nicole was one of the most controversial figures in the game after blindsiding several of the jury members, she said fan reaction has been split into those who love her and those who despise the way she played the game.

"I love both equally because it creates more of an excitement around the show," she added

You gave me life, then you gave me life again on Survivor. That Immunity win was all thanks to you ❤ Love you Mom • #mother #son #survivorsa