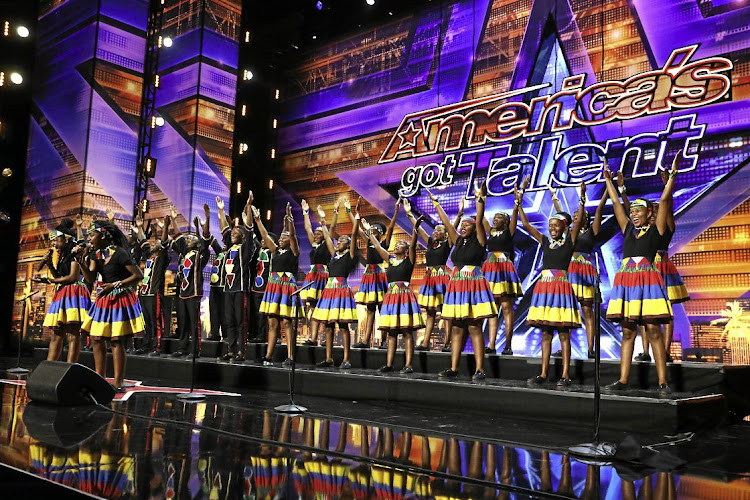 The Ndlovu Youth Choir is through to America's Got Talent semi-finals.
Image: Getty Images

Flying the SA flag high and winning the hearts of Americans and the world, Mzansi's  Ndlovu Youth Choir have secured their spot in America's Got Talent semi-finals.

The results were released at around 3am on Thursday morning.

"We’re through to the semifinals of America's Got Talent, the worlds' biggest show. We’re living the dream and loving every moment of it. Thank you to everyone who loves and supports us, we love you back!."

In a voice note to Jacaranda FM, Ralf said it was a "dream come true".

"Flippen hell, it’s crazy. It’s amazing, we can’t believe that we’re in the semi-finals of the world’s biggest show. We’re a choir from Moutse in Limpopo, it’s a dream come true. We’re living the dream, we’re loving it and thanks for all the love we’re getting from SA, we really appreciate it."

Hailing all the way in Limpopo, the choir found themselves in the bottom two as their fate was left to the hands of the judges.

The group blew the audience away in the quarter-finals after they performed a moving rendition of U2's Beautiful Day.

After the news of being in the semis, the group took to social media to thank America and fans for the support.

We’re through to the semifinals of @AGT, the worlds biggest show. We’re living the dream and loving every moment of it. Thank you to everyone who loves and supports us, we love you back! ??????? #agt pic.twitter.com/yjwO9wJDKp