WATCH | Nadia Nakai opens up to Cassper: I feel I am overlooked a lot 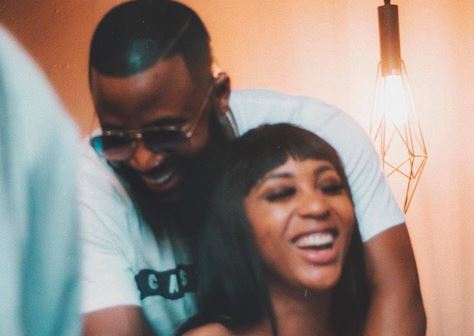 Cassper Nyovest and Nadia Nakai had a sit down where Nadia poured her heart out.
Image: Instagram/Nadia Nakai/Lashshots

After a whole three years of creating an album, Nadia Nakai is finally ready for the world to hear Naked and she poured her heart out about all the challenges that went into finally having the album, which included major self-doubt.

Nadia spoke to her boss Cassper Nyovest on the new Family Tree Podcast on YouTube where she didn't hold anything back, particularly the emotions she went through.

"I think it was extremely emotional for me because I always had an idea of what I thought sounded good enough until I got better than good enough then I understood what the criticism was... I had to grow into an artist that was good enough to make a great album."

"I feel I am overlooked a lot. Last year, without an album I had one of the best years as an artist period, and I am female. With all my male counterparts, I really was killing it but there's always excuses made of why I don't deserve to be where I need to be. Things like she's pretty so things are easy for her or she's associated with Cassper hence her success."

Democracy has brought with it many freedoms, including women demanding their right to orgasms and equity in the bedroom, writes Somaya Stockenstroom.
Lifestyle
3 years ago

Talking poolside at Cassper's huge mansion the two had a chilled talk about the industry, the negativity Nadia has faced due to her style of rap and her fashion.

Nadia said she feels unappreciated for her contribution to SA hip hop and that all the nasty things that she's never actually replied to on social media, she will address on the album.

"I think a lot of things have happened to me over the last couple of years that people would love for me to address because I never did that on social media. Things that other people have always addressed on my behalf, like with the makeup challenge..."

"That is what my album became. I had to strip myself of all these barriers and barricades that I created around myself to protect myself from the public and I know that they want to know what's on my mind."

Watch the rest of the interview below:

Nadia has spoken out about the struggle of being a female hip hop artist. Speaking to TshisaLIVE previously, the rapper said that while genres like house and pop did not make a big deal about the difference between female and male artists, hip hop was still chained by the limitations.

"In this industry obviously women have to work harder but for me the issue is the inequality of rappers in the industry holistically. The one thing that really sucks is that no matter who you are, or what you have accomplished, you constantly have to defend yourself. You have to blow your own horn or no one listens. I feel like, it is not like that for other genres as much. It is so sad."

Nadia is ready to push the envelope with her new album.
Entertainment
3 years ago