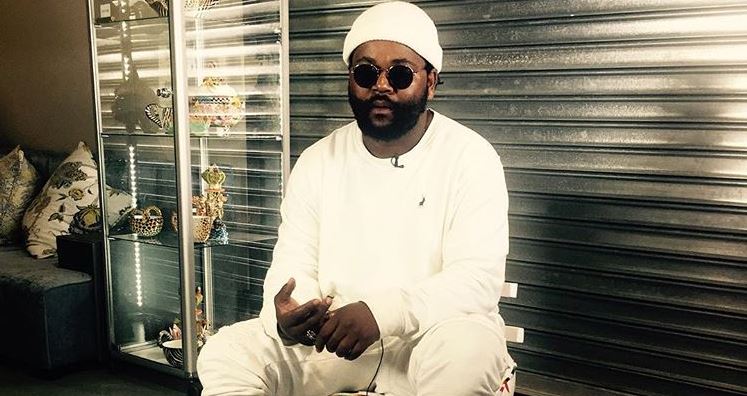 Sjava says will a little more discipline he could have been a soccer star.
Image: Via Sjava's Instagram

While many of us had ambitions to be policemen or doctors as kids, Sjava always knew  he'd either end up as a musician, actor or soccer player and he told TshisaLIVE all about it.

After gifting fans with hit songs like Ngempela, Umama, Impilo and many more, it's hard to imagine what the music industry in Mzansi and the world would be like without Sjava but if he had kept his discipline in check, we may have been cheering for him from the stadium stands at soccer matches.

"I've always known that it would be soccer or music for me. Even here, I used to play for Hillbrow Action Killers. Our coach was Bab' Khuzwayo. I played soccer and even went to Wits and trained there. I played for a team in Sandalwood as well. Growing up my time was taken up by either soccer or music."

Sjava said he loved soccer so much that he considered making it his career but his lack of discipline stood in his way.

"First of all, I was not disciplined enough for soccer. For one, I would always get red cards because of fighting... I was very bad. I didn't like gym as well, in terms of soccer I really wasn't as disciplined as I should have been. It got to a point where I just went back to music because music was my first love. Even acting couldn't replace music. I love acting and soccer but music was a calling I had to heed."

Well... Mzansi sure appreciates the fact that Sjava wasn't disciplined enough to follow his passion for music. Not only has he gifted the country and the world with hits but his music continues to impress people all over the world.

Just check out a few of these testimonies.

“Sjava o ya pholisa” as MaZulu say. Totally love his music. Like he does the things to this Motswana girl. ? pic.twitter.com/BuSgmfCIW9

As I stop at the robot this lady says to me “wow,I’ve been watching you and you know all those songs word for word, you must be a huge fan”

You guys don’t understand my love for @Sjava_ATM music is out of this world!!!

@Sjava_ATM ♚?
1stly ngzobonga your music that heals and teaches us a lot bout life and love
2ndly ngzothand'ukukbonga for being such an inspiration to me nabanye ababhali out there
3rdly I'd like to thank you for letting ppl know that I exist..bangikhombisa uthando olukhulu? pic.twitter.com/ksK8lW9DVk