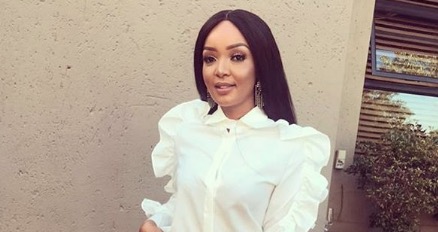 Move over Charlize Theron, Pinky Girl is coming for your spot in Hollywood.

Bonang's cousin and trusted sidekick has become an internet sensation over the last two years after her appearances on Queen B's reality show Being Bonang.

Fans go crazy every time she is on screens but were surprised on Thursday night's episode of the hit show when Pinky revealed her ambitions to be an actress.

Fans are not convinced she can step out of B's shadow or make it without being a Bonang lite.

They also thought she was way too scatterbrained to make this acting thing work.

Still, she's hellavua funny and has that "thing" which convinced others that she could actually do a great job.

So Pinky just sits and decides that she wants to act out blue? People's crafts are not respected in this country #BeingBonang

When Pinky Girl said she wants to act! My husband laughed????? #BeingBonang

#beingbonang... Bonang looking for a bull dog, what will happen to pinky girl? pic.twitter.com/Y2CBxkXmDj

#beingbonang I feel pinky Girl in the entertainment industry will be a shadow of Bonang, she is always wihh B* when does she do her own thing alone nare.?
That's why we see the same faces of TV cause of di connections.. It's not fair.

Pinky girl are "Kene ke di apere, and then I just decided to wear them" #BeingBonang #being pic.twitter.com/tLoMDueBMc

#BeingBonang Mara Pinky gal lied to that white lady when she said her fans wants more???

I'm not sure about Pinky lol ? ? ? #BeingBonang