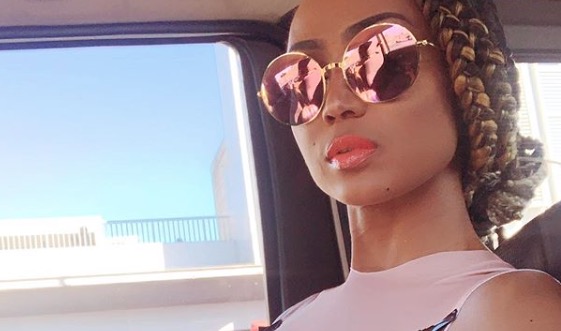 We don't know how much cash was stuffed into it, but we did spot a snap of Babs with her Louis Vuitton handbag, made even more famous by the Zondo state capture commission.
Image: Instagram/Babalwa Mneno

Ahead of President Cyril Ramaphosa’s state of the nation address in Cape Town on Thursday, everybody was looking forward to the red carpet, specifically Hey Jeremy, should this be specifically or particularlyto see if anyone rocked up with a Louis Vuitton "Bosasa bag".

The much sought-after fashion item has become de riguer among the state-capture set since former Bosasa bigwig Angelo Agrizzi told the Zondo inquiry that he had allegedly delivered a portion of then SAA chairperson Dudu Myeni's  alleged payoff - R300,000 - in an "LV".  he expensive brand bag filled with R300,000, in return for her help regarding dealings with Bosasa.

Agrizzi testified that Myeni, a close friend of former president Jacob Zuma, had considerable influence and could "swing deals".

So come Sona 2019, social media detectives and the fashion police were on high alert for any sign of the high-end fashion accessory.

And there was one... But not hanging from the shoulder of an MP.

Businesswoman and occasional TV star Babalwa Mneno cracked an invite to the event. She posted a picture of her accreditation and if you look underneath, you’ll notice the telltale LV trademark.

Those who know, know, and they immediately commented on the bag, poking fun at Babs.

Needless to say, Babs loves her brands. Her Insta page shows a suitable array of luxury accessories no one would be seen dead without.

Her strength comes from lifting herself every time the winds starts blowing....