South Africans must rise against murderers and rapists 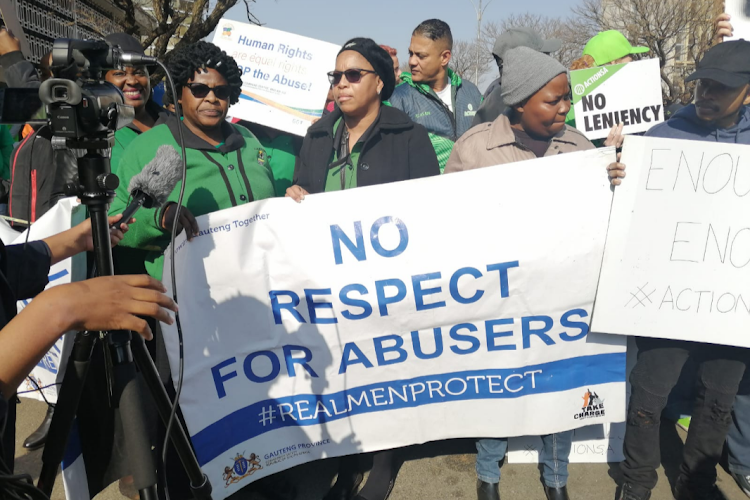 'The rival gangs are always fighting and we live with that fear,' Krugersdorp residents say.
Image: Belinda Pheto/TimesLIVE

We live in a country whose constitution is regarded as one of the best in the world. Maybe this is a misnomer as the best constitution should not only contain the most liberal rights but also a mechanism and the political will to enforce them.

South Africans converged in numbers at OR Tambo to welcome back home the “Golden Girls”, (to steal from words used by the president). However, the country and the Golden Girls, in particular, deserve a break from all the negatives we have been experiencing recently, including the deaths of 21 young innocents in the Eastern Cape, and the new and scary trend of mass shootings. Senzeni, na? I sombrely ask myself.

While in a celebratory mood, the country is sadly reminded that the right to national security is only on paper but in practice it does not exist.

Further rights accorded to South African women to live freely in the country of their birth without being violated were ripped asunder by wanton criminals, when on Thursday July 28 2022, a group of women shooting a video were attacked and violently raped. Where on earth is our right to national security when such crimes are committed in broad daylight? These psychopaths, I suspect, did not even care that a few days later the country would be dedicating the next 31 days to women and conscientising everyone to make women’s rights a priority.

It would appear that the only interest authorities have is in bragging about the number of arrests made and how many of the assailants were shot.

Enough is enough, South Africans must stand up, organise themselves and stop this madness.

Putting our trust in an ineffective government and politicians is tantamount to chasing a mirage.

Two grade 12 girls were hacked to death before their bodies were dismembered on the KwaZulu-Natal south coast.
News
2 weeks ago

'Even pupils' lunch boxes not safe from zama-zamas'

Residents of West Village in Krugersdorp where eight women were raped by a group say they have lived in fear long before the incident that shocked ...
News
2 weeks ago