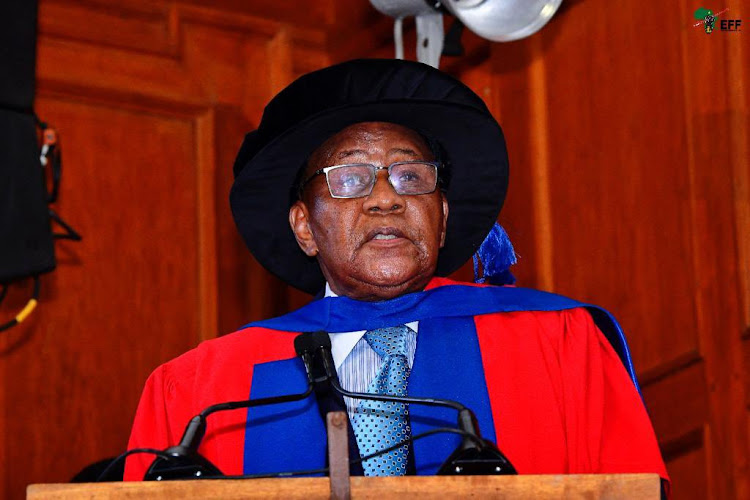 Kaizer Chiefs founder Kaizer Motaung senior has been conferred with a honorary doctorate by University of Cape Town.
Image: Supplied

Congratulations to Dr Kaizer Motaung for the honour bestowed on him by the University of Cape Town (UCT). I have known Dr Motaung during the 1980s when I was involved in football administration with one of the clubs in Bethlehem.

He has been a selfless football administrator passionate in player development from early age. He was always driven by urge to see players attain their full potential as soccer players.

The birth of National Soccer League is the result of his passion to see real football development take place. Institutions such as Kaizer Chiefs and the Premier Soccer League bear testimony to his efforts.

Thanks to UCT for recognising his efforts and determination to change thousands of players' lives and livelihood for the better. He deserves the honour.

Kaizer Chiefs owner Dr Kaizer Motaung said “never in his wildest dreams” growing up in Soweto and in his formative years as a footballer could he ...
Sport
3 weeks ago

Kaizer Chiefs boss Kaizer Motaung said his honorary doctorate from the University of Cape Town took him by surprise.
News
3 weeks ago
Next Article