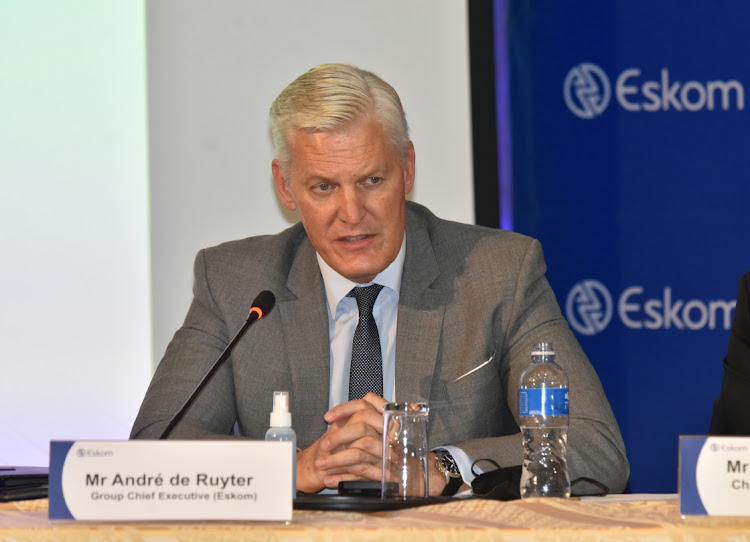 The Eskom boss has done well to make sure all communities, black or white, rich or poor, get their fair share of load-shedding.

Gone are the days when white people would complain endlessly about "incompetence" and "poor management" of state institutions and taxes.

Today, depending on affordability, everyone buys candles and generators in anticipation of load-shedding. The ones whose opinions must be taken seriously are satisfied with a greater degree of load-shedding because a white person is fixing things. Naturally, blacks, Indians, coloureds, San, Khoi, etc always follow the lead of white people and if whites say load-shedding is necessary under a white CEO, then that is the divine truth.

I have nothing against white people or De Ruyter, I am simply pointing out the truth. Surely it should be a concern for us as a majority of black people when the complaints of the minority dominating the economy only cease if one of their own is blundering.

In the same way, it is a concern that almost everything black people touch turns to rust as we see across post-independent Africa and even in countries like Haiti. One can detect a sense of superiority and a conviction that says "blacks are simply not capable, and if it is a white person, then we must understand they are fixing a mess by blacks".

Again, if the physical appearance of De Ruyter ensures the political stability of black leaders then we can forget about economic freedom and empowerment, appointing white foremen to run the country on their behalf while the rest of the people swim in deep poverty. And that is exactly what is happening at Eskom; De Ruyter, as competent as he may be, has been brought in to make load-shedding acceptable.

South Africans find themselves in an extremely difficult position where their lives are dominated by a high degree of uncertainty that they never ...
Opinion
1 month ago

I feel sorry for poor Andre de Ruyter, the CEO of Eskom. All fingers are pointing at him precisely because he was appointed instead of ANC cadres. ...
Opinion
1 month ago

Tell us you plan, Eskom

No matter who takes up this position, the problems are so big at Eskom that failure to launch is guaranteed. There is an internal plan to turn the ...
Opinion
1 month ago

"We're done speaking to [the ANC leadership] nicely. We will mobilise young people and if we get suspended from the ANC, so be it.If we are accused ...
News
1 month ago
Next Article