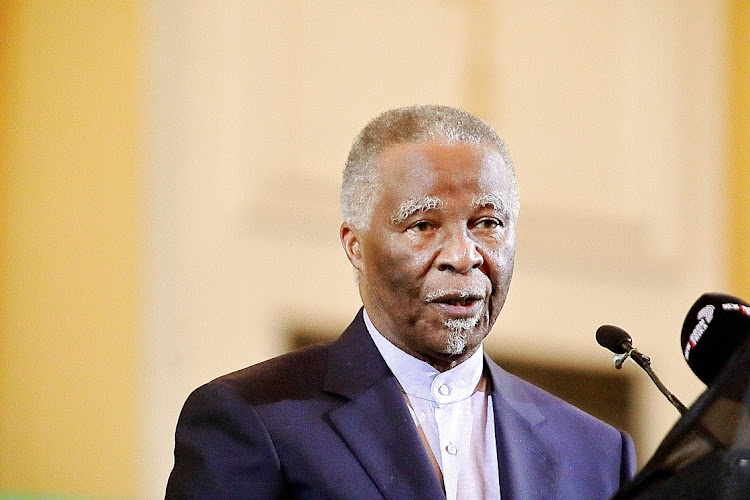 Former president Thabo Mbeki has come out guns blazing, taking President Cyril Ramaphosa to task regarding his non-performance at so many levels.

However, reflecting on his own presidential tenure, Mbeki forgets that his presidency was at best "insipid". At that time he did not instill confidence, as the country was at the crest of its imminent demise into ANC political oblivion.

Being intellectually inclined and a thorough gentleman, he did not like confrontations, as he had to contend with the then emerging "bully" cabal, led by Jacob Zuma. Mbeki did not even put up a fight, choosing to ride off into the political wilderness instead.

The question now is, which faction within the ANC is he batting for, and are his utterances relevant? Or is he going to attempt a political comeback?

Mbeki's criticism of Ramaphosa is a self-centred yet sobering observation, say analysts

Former president Thabo Mbeki’s scathing attack on President Cyril Ramaphosa must be challenged and is an attempt to protect himself from the party’s ...
News
3 weeks ago

WATCH | Ramaphosa has failed to deliver on promises made during Sona, says Thabo Mbeki

Former president Thabo Mbeki says there is no national plan to address a number of social ills, including poverty, unemployment, criminality and ...
News
3 weeks ago
Next Article