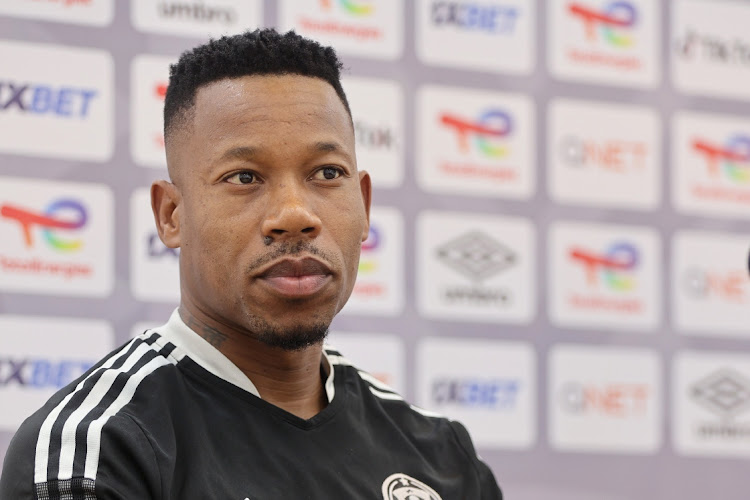 No-one will deny the fact that long-serving Orlando Pirates captain Happy Jele has served the Sea Robbers with distinction in a career which spanned many years. That is no mean feat, and if it was in the past, Jele would be served and thanked with a testimonial game.

However, there's no use crying over spilt milk. We must let bygones be bygones. It will serve no purpose to hold a grudge for either Jele or Bucs management. After all, Bucs chairman Irvin Khoza tried his best to salvage what was left of a player he treated like his own son by offering him a non-playing role within the club – an offer he duly  declined for reasons best known to him alone.

Even the likes of Lucky Lekgwathi and Edward Motale were not honoured that way by Bucs' hierarchy. Truth be told, players like Doctor Khumalo, Teboho Moloi, Steve Lekoelea, Thabo Mooki and others quit football while they were still liked by Mzansi soccer lovers. They didn't wait to be pushed.

You can lead the Comrades Marathon until the halfway mark, only to be overtaken by the eventual winner. Who will be remembered? The winner.

Jele almost spoiled his glorious record at Pirates due to his erratic performances in his last few games. Even in the CAF game against Berkane FC, he caused a glaring penalty after failing to trap a ball that then touched his hand, only to be saved by VAR.

He was committing fundamental mistakes that drew ire from the Bucs faithful. You must quit while you are still liked and not wait to be pushed. A role he declined at Pirates was going to secure his future, although the financial package wasn't going to be equal to that of a full-time player.

He is rumoured to be heading to KZN as a player. In two years' time his legs won't carry him any more and he said it's then that he will reconsider returning to Pirates in a different role. Can he show me any Bucs player who left only to return later as an official? None.

Happy Jele close to signing for Royal AM after shock Pirates exit: source

Former Orlando Pirates defender Happy Jele has been linked with a move to big-spenders Royal AM.
Sport
3 weeks ago

'No one capable of filling Jele's shoes at Bucs'

Following Happy Jele’s departure from Orlando Pirates on Monday, former goalkeeper Innocent Mayoyo has given his thoughts on who could take over the ...
Sport
3 weeks ago

Orlando Pirates have announced that they will not be renewing the contract of their most-capped player, centreback and long-time captain Happy Jele.
Sport
4 weeks ago

Former Orlando Pirates defender Siyabonga Sangweni believes being given too many responsibilities too early is one of the reasons Thulani Hlatshwayo ...
Sport
1 month ago
Next Article