68% of our municipalities are bankrupt 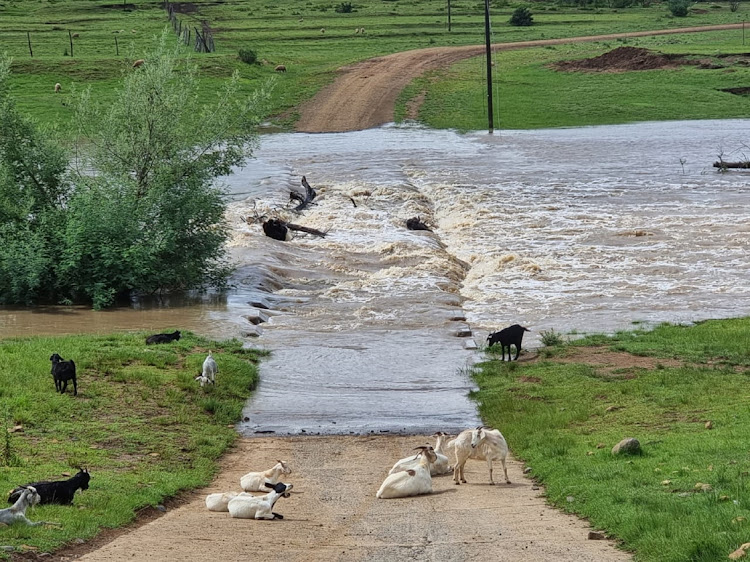 A low-lying bridge connecting more than seven villages and hundreds of rural residents from Umzimvubu municipality's ward 6 to the urban centre of Emaxesibeni has been flooded for the past two weeks due to heavy rains leaving people,cars,and even livestock stuck.
Image: SUPPLED

So, 68% of our municipalities are bankrupt, which means talked-about service delivery is just a dream. The problem started when the ANC government introduced the municipal system to the villages in rural areas. A closer look shows that 32% of  functional municipalities are those in cities and towns.

So, what’s the point of creating municipalities in villages, where there are no revenue prospects as there are no services to render? There are mayors, councilors and municipal workers but where does the money for their salaries come from?

The water supply is often dysfuctional and unmetered, and for that reason many villagers in Limpopo for example buy water from private suppliers while many others have boreholes on their properties. Electricity is bought directly from Eskom, so what’s the point of rural municipalities?

New regulations will aim to end incompetence in municipalities

The inability of municipalities to master credible financial reporting means that they continue to appoint consultants, without the vital element of ...
Opinion
1 month ago

The time now is for the youth to get angry, to organise, to agitate, to conscientise and to lead yet another liberation struggle to attain economic ...
Opinion
1 month ago

Municipality failures affect us all

Local government is meant to be at the coalface of delivery of services to the people and the closest sphere of government to the citizens.
Opinion
1 month ago

Tenderpreneurs are posing a serious risk to our country’s development. Without very serious intervention in this crisis, they will vandalise and ...
Opinion
2 months ago
Next Article