Mbeki deserves respect for his stewardship 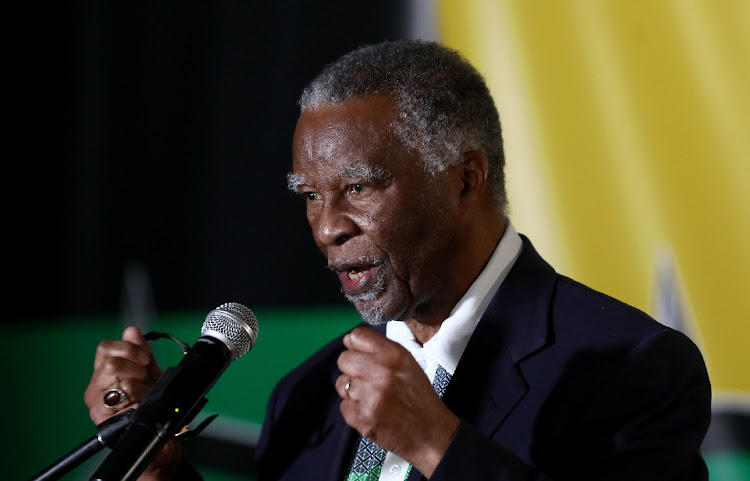 History has vindicated former president Thabo Mbeki, not only regarding his suitability as successor to the great Nelson Mandela but also his statesmanship credentials.

Not even Mandela could match Mbeki's stewardship skills. Mandela was a great ceremonial statesman, with all due respect to his memory.  And now that Cyril Ramaphosa has been allowed to govern the results are there for all to see and there can be no doubt that he would have been a wrong choice in 1999.

On this note, it has become a custom of some sorts in media commentary to always place a "but" and a "what about HIV/Aids and Zimbabwe?" every time an opportunity to praise and recognise the good in Mbeki presents itself. This practice is simply a way to maintain the previous narratives which proclaimed Mbeki as the boogeyman that needed to be dealt with and the "native" who thought he was too clever within the media and ANC circles.

Added to these is the tendency to attribute the problems of Zimbabwe, Zanu-PF and Eurocentrism about the land and political issues of  Zimbabwe to Mbeki's quiet diplomacy. Some would even blame the existence of Zimbabweans in SA on him. One begins to wonder whether this stubborn stance is due to the dislike of Mbeki's personality or the lack of very loud diplomacy as the universal protocol. However, the Zimbabwe issue was based on the Global Political Agreement which came from the Zimbabweans themselves, with only the assistance of Mbeki's stewardship.

Previous to that, the Zimbabweans chose to pursue a land distribution policy that they failed to manage without lawlessness and economic policies that were more disastrous than the effect of sanctions. As Mbeki stated recently in one of his engagements, his approach to conflict resolution has been based on two views: what is going on; and what the people involved wish must happen.

And after the mockers and conspirators like Gwede Mantashe, Zweli Vavi, Blade Nzimande, Fikile Mbalula and others succeeded in removing Mbeki and replacing him with Jacob Zuma,  SA was left having to answer to state capture and poor governance. These loudmouths who spewed so much bile are now unable to do as Mbeki did after coming to power.

In any case, across Africa, Thabo Mbeki is highly regarded and respected.

History and our present reality confirm it.

Mbeki's rebuke of the party's proposals on the amendment of section 25 of the constitution in line with the 2017 conference resolutions has sparked ...
News
1 year ago

Former president Thabo Mbeki has poked holes in parts of ANC’s proposals on the expropriation of land without compensation programme warning it would ...
News
1 year ago

Those who insinuate that Andre de Ruyter should resign as Eskom CEO are wrong. They are barking up the wrong tree.
Opinion
9 months ago
Next Article