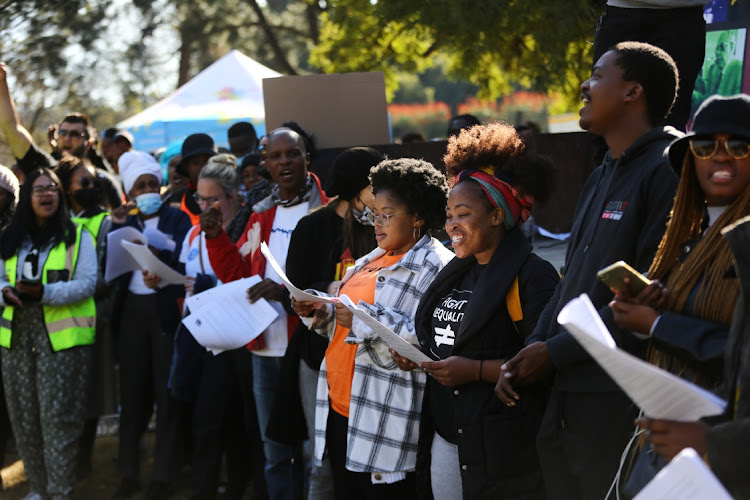 Pretoria the youth marched to the union buildings to hand in a memorandum of the youth’s demand which is received by the officials as political heads commemorate the Youth Day. The advent of democracy has yielded nothing for the youth and South Africans in general, says the writer.
Image: Thapelo Morebudi

The advent of democracy in 1994 created much hype for almost all South Africans. But, has yielded nothing for the youth and South Africans in general. Youth unemployment, unemployment in general, corruption, inequality and poverty continue to trouble all of us and make us hopeless.

The unemployed youth graduate has no reason to encourage the growing youth to go to school – those with education are in the same socioeconomic condition as those without.

At what point are we going to stop saying: "Freedom is coming tomorrow"; "Apartheid is to blame for all our socioeconomic nightmares"; Affirmative action will redress the imbalances of the past"; "Broad-based black economic empowerment will also redress the imbalances of the past and restructure the distribution of the economic resources and/or means of production "; "The youth employment service (YES) has created meaningful employment opportunities, while the truth is the opposite; and "The gap between the rich and the poor is narrowing" while the truth is the opposite.

The songs of freedom will not bring about emancipation from the traps of corruption, nepotism, poverty, inequality and unemployment. We keep on singing while our socioeconomic conditions remain the same or worsen. It is not worthy to celebrate Youth Day every year while the majority of youth are unemployed and live on handouts for their survival. The significance of the Youth Day celebration has lost its meaning.

The truth is "the dawn of democracy" did not bring about total liberation for the majority. Only a few politically connected benefit from this hard-earned democracy. This trend will continue unhindered under any political leadership due to lack of consciousness and absence of morality. However, one day the poor will be left with nothing to eat but the rich.

The country's future rests on the shoulders of its young people, who must be given every opportunity to succeed in the face of growing unemployment ...
News
6 days ago

The time now is for the youth to get angry, to organise, to agitate, to conscientise and to lead yet another liberation struggle to attain economic ...
Opinion
6 days ago

Mental wellbeing is the cornerstone of good health

An estimated 23 suicides take place in SA daily and 9% of all deaths among youngsters are due to suicide, according to the South African Depression ...
S Mag
6 days ago
Next Article