We have lost the love and care for our houses, streets 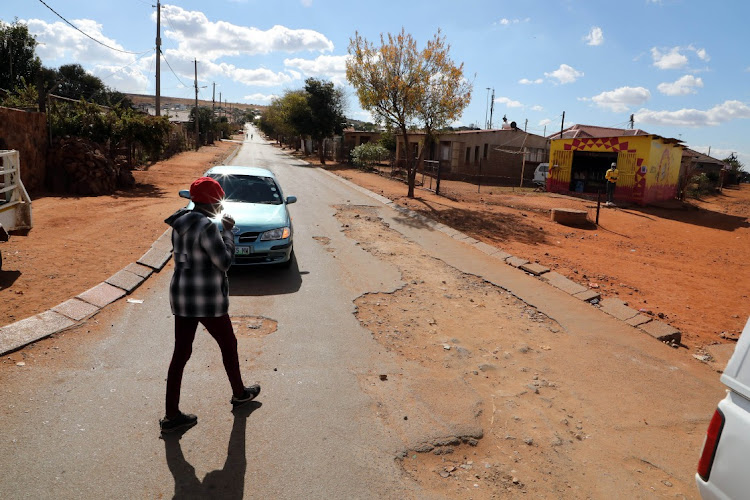 Business owners have raised concerns about the rate at which public infrastructure and service delivery are deteriorating in the JB Marks municipality
Image: Antonio Muchave

Being clean and keeping the environment clean is key to good health. Most people learnt this at a very young age. My late grandmother used to insist we clean the house before going to bed. She would make remarks such as “what would people say if I were to get sick at night and find the house is a mess?” She would continue: “People would probably say I am sick because of the filth.”

My mother, who is also late, inherited the same attitude and practice. Until her last days she would clean her house before going to bed. Other families lived with similar ethos, some to this day. They wake up early in the morning to make sure their yards are clean and lawns have been manicured and the flowers in the garden look beautiful.

Boys of my time would compete about keeping the best family gardens in the neighbourhood. We used rubbish bins to collect and keep refuse until its removal day by the municipality.

We did not have people throwing rubbish everywhere, polluting the environment. Streets, needless to say, were equally clean, so were our roads. Street lights were our pride and no one would remove them for no reason.

The matchbox houses were kept clean and beautiful. Renovations to these houses were always in line with regulations, by-laws and the laws of the country. Building inspectors also did their work, ensuring compliance was  adhered to. Offending structures, as happened in my family, were demolished bylaw.

Fast-forward to today, things have changed for the worse. Structures are built on borderlines, floodlines and some almost on the pavement. No intervention by the municipal inspectors.

Houses now look like horror houses with structures built in front of them, containers being placed at the front and in some cases shacks being erected all over the yard. Even if this ugly patchwork can be the result of socio-economic difficulties, I don’t believe there is justification to neglect these houses and destroy the environment.

Regrettably, this new culture of neglect of order seems to now permeate every aspect of our lives. Driving on the freeway, for instance, has become an eyesore, with grass remaining uncut for many months, dirt being thrown everywhere without action being taken against perpetrators, traffic lights being “professionally” removed by unknown scavengers and street lights being vandalised. Do I need to mention potholes or trenches on public roads?

Doves funeral services was fined R5,000 by members of the metro police on Thursday after employees were caught illegally dumping "mud" in an open ...
News
3 months ago

Flood victims who were relocated to Mooiplaas in Tshwane have not had water delivered to the informal settlement after a municipal truck got stuck in ...
News
5 months ago

If the DA wins the November 1 municipal election at JB Marks municipality in Potchefstroom, North West, the political party will focus on getting ...
News
7 months ago
Next Article