SA guilty of ignoring violation of democracy in Ukraine 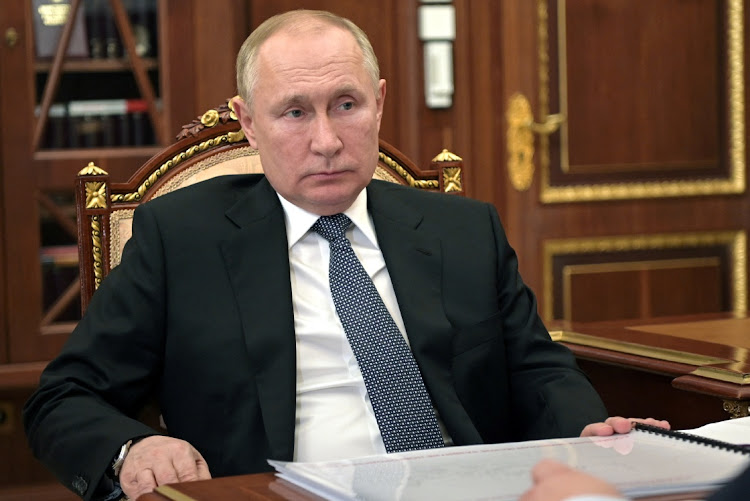 The writer is disappointed by the unwillingness of the SA government to condemn Russian President Vladimir Putin, given our own history.
Image: Sputnik/Mikhail Klimentyev/Kremlin via Reuters

“Never in the field of human conflict was so much owed by so many to so few.” (Winston Churchill, August 12 1940).

These words by the former British prime minister could have been uttered today.

In Ukraine, one nation fights alone in the front line on behalf of all those across the globe that value freedom and democracy. They fight against the forces of a superpower under the leadership of a monster [Russian president Vladimir Putin] whose huge ego does not leave room for any humanity in his makeup. The weak, the elderly, women and children and even animals are not spared.

Democracies across the globe are united [in their condemnation] like never before against this onslaught, with SA being one of those countries not prepared to strongly condemn him. Real defenders of democracy cannot be selective about where freedom and democracy are important; it is not trade ware.

Based on my own experience over many years in diverse countries, I will never judge a nation as a whole. I believe that the majority of Russians are normal, good people, including young soldiers who were made to believe that they were sent on a mere “military exercise”.

Their power-hungry leader, already guilty of war crimes, and his henchmen, are cold-blooded murderers.

I am disappointed by the unwillingness of the South African government to condemn Putin, also given our own history. Nelson Mandela strongly criticised [Serbia's former president] Slobodan Milosevic for the war crimes in his country. I conveyed the message personally to him.

Putin only negotiates on his own terms and through the barrel of a gun. Any leniency towards him strengthens his hand and buys him time to continue on his killing spree.

One man with a twisted mind is bad enough, but if that man is the leader of a military superpower with weapons of mass-destruction, he could get the whole world in his evil grip.

US President Joe Biden has joined a number of world leaders that President Cyril Ramaphosa has been engaging on the war between Russia and Ukraine.
News
2 months ago

SA on Wednesday abstained from a UN General Assembly vote that sought to suspend Russia from the UN Human Rights Council. This as the country ...
News
2 months ago

The minister said fuel price increases are informed by local and international factors including the Russia-Ukraine war which has affected prices ...
News
2 months ago
Next Article