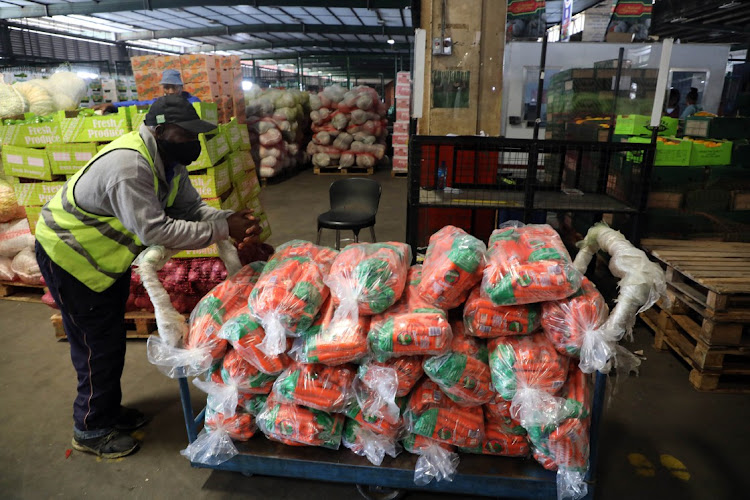 The involvement of ordinary members of the public in providing their input on the inquiry’s terms of reference is a gesture that should be welcomed by all South Africans, the writer says.
Image: Antonio Muchave

The public inquiry launched by the Competition Commission towards the end of March will go a long way in terms of providing insights on what actually is going on in our fresh produce markets in SA’s major cities and towns.

The involvement of ordinary members of the public in terms of providing their inputs on the inquiry’s terms of reference is a gesture that should be welcomed by all South Africans.

The inquiry will address four features of fresh produce markets that may impede, restrict or distort competition and market outcomes. These include focusing on determining how the value chain and differing levels of concentration at various levels, and the route to market, impact prices and efficiency.

They also include focusing on the key inputs for growers which involve seeds, fertilisers, agrochemicals and farm equipment. Farmers have recently been complaining about the rising cost of inputs and the public inquiry will gain insight on the impact of input costs on food prices.

The inquiry will consider the barriers to entry for small and high-density growers and issues around access to fresh produce markets or retailers through contract farming. Black fresh produce farmers have over the years complained about barriers to enter the sector. It will also focus on the broader regulatory environment in the fresh produce industry.

The Marketing of Agricultural Products Act Section 7 Committee investigation conducted in 2006 recommended that 30% of the volume traded at fresh produce markets should be through black market agents starting from 2014, 25% of existing agencies must have BEE participation and that 50% of the MDs or CEOs must be black.

The investigation by the National Agricultural Marketing Council was requested by the then-minister of agriculture after concerns were raised about the slow pace of transformation at the country’s fresh produce markets. According to the Council for Black Market Agents, an estimated 60% of produce in SA is channelled to traders and then consumers through fresh produce markets.

Since 1994, the channel has undergone little or no substantive transformational changes in line with macroeconomic and industrial reforms currently taking place in SA. While some of the set targets have been met, they have not been sufficient to bring about the desired results in terms of market access and transformation.

For example, the Mthatha market had only two agents and now only one agent remains. The market spent almost R10m in upgrading its infrastructure, but it is struggling to attract market agents. Cape Town, Durban, Johannesburg and Pretoria remain the biggest markets in terms of volume and turnover.

The four fresh produce markets in Gauteng have a 75% share of the total turnover. According to the SA Union of Food Markets, a total of 2.8m tonnes of fresh produce was traded on the floors of the country’s markets in 2020.

Is something off? — Competition Commission to investigate fresh produce industry

The commission made the announcement on Monday and called on the public to make submissions on the proposed terms of reference on or before April 22.
News
1 month ago

Giant fresh produce company ZZ2 has slammed the families who accused it of flattening more than 80 graves and has called on them to show proof of ...
News
5 months ago

A senior financial controller at the Johannesburg fresh produce market has been arrested by the Hawks in connection with a multimillion-rand scam, ...
News
7 months ago
Next Article