Mr President, deal with crime and influx of foreigners 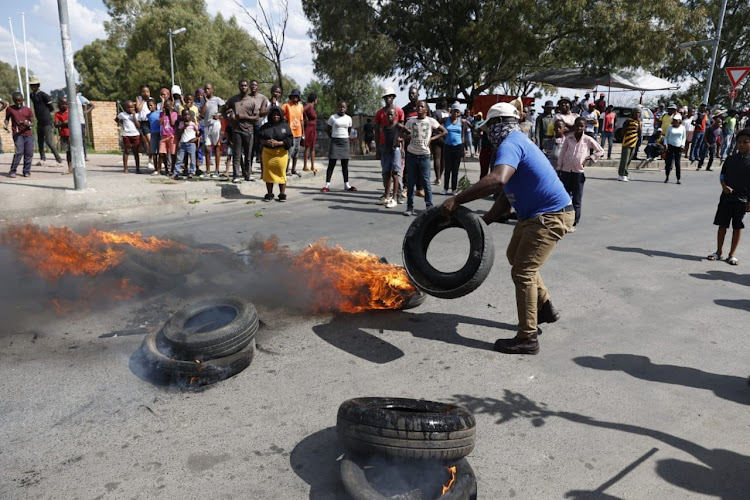 Diepsloot residents are fed up with crime in the area, for which they blame illegal immigrants.
Image: Thulani Mbele

SA has turned into a nesting ground for illegal foreign nationals. Our own people are packed like sardines in the squatter camps while foreign nationals enjoy RDP houses meant for poor, homeless citizens.

All this happens as a result of corrupt individuals who have chosen to put profit before people, money before morality, dividends before decency and fanaticism before fairness.

Surprisingly, all these corrupt activities occur right under the noses of the so-called political leaders. They say silence is complicity. Silence becomes cowardice when occasion demands speaking out the whole truth and acting accordingly, Mahatma Gandhi once said.

I read in Sowetan that foreign nationals carry fraudulent identities and expired permits. And that our cops are in deals with the foreign criminals. But on the other hand, our justice system is also to blame since it twists the arms of our police once they try to carry out their duties.

The police are also murdered by criminals. If corruption is a fire, then the corrupt individuals are a wind that fans and spreads it at a faster pace. Our country is no longer belonging to its rightful citizens, but to the foreign nationals who do as they wish.

President Cyril Ramaphosa, please take note of this advice: An army of sheep led by a lion is better than an army of lions led by a sheep. As the commander-in-chief, you should roar and act like a lion and deal with any corruption and criminal activity in Mzansi.

We’re now faced with a gigantic problem of youth unemployment but still you permit foreign nationals to flock to our country. How can a parent give the scarce food to the neighbours instead of feeding his children first? Mr Ramaphosa, please deal decisively with the uncontrolled influx of illegal foreigners.

Mr President, also deal with crime; it has reached unacceptable levels and law-abiding citizens are suffering for it as victims. Failure to respond to these problems will mark your presidency because as the captain of government, the buck stops with you.