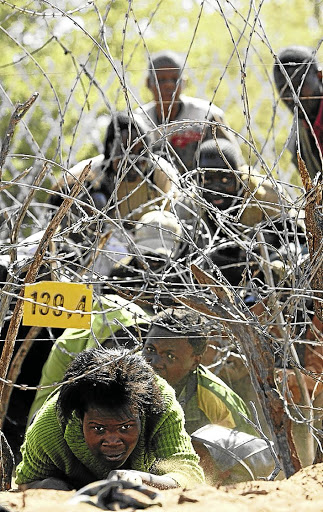 The says they don't know of another country in the whole world which allows undocumented immigrants to just walk in.
Image: JAMES OATWAY

Tambo's words have turned out to be true. Every government department under the ANC government has been weakened by corruption by the party and its members.

Even the Freedom Chapter has been corrupted.  SA belongs to all who live in it was a statement of protest against then white minority rule. It was meant for the apartheid government to treat citizens of all races as equals.

Circumstances have changed and the National Party is gone. Why now change the meaning of the Freedom Charter, to include non-citizens?

It is like allowing someone access to your house and giving them the freedom to do as they wish. I don't know of another country in the whole world which allows undocumented immigrants to just walk in. The ANC has allowed that, allowing even criminals to just come in and terrorise citizens.

Now some of the foreign criminals are destroying our public infrastructure on daily basis, doing other kinds of harmful activities to our beautiful country and its people.

We have many criminals in the ANC government, which can explain their reluctance to fight crime and illegal immigration.

Had this arrogant government taken care of our borders, we wouldn't be talking about Dudula.
Opinion
1 month ago

Why is SA such a sucker for foreigners' tricks?

It is further reported that, while Investigation are still under way, 62 foreign nationals, some of whom have fraudulent identities and expired ...
Opinion
1 month ago

Immigration officer who tried to buy 5,000 permits gets 15 years in jail

An immigration officer who paid R150,000 to get 5,000 blank permits for fraudulent use by foreign nationals has been sentenced to 15 years in jail, ...
News
1 month ago
Next Article