Why is SA such a sucker for foreigners' tricks? 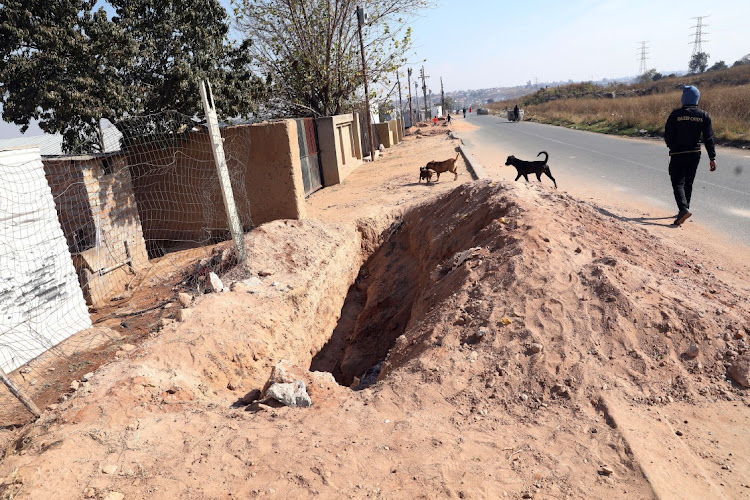 Trenches dug overnight by a heavily armed gang that steals underground City Power cables which are not in use. The writer says while a foreign national was carrying, in broad daylight, tools with which to dig for cables along the railway tracks, shown on TV, you would never see that happen in anywhere else.
Image: Veli Nhlapo

We are faced with a hopeless and very sad situation. While we were still reeling from the shock of the extent of copper cable and electrical wires theft by syndicates which have brought our rail network services to its knees, it turns out that was not the only reason our trains are not running today, with no hope of successfully reviving the service.

According to minister of transport, Fikile Mbalula, there are about 3,000 ghost employees on the Prasa payroll, as reported in Sowetan on March 30. It is further reported that, while Investigation are still under way, 62 foreign nationals, some of whom have fraudulent identities and expired permits, have already been identified among the ghosts.

What is wrong with the SA government? Why are we such easy victims to all these clever foreign nationals? A few days ago, while a foreign national was carrying, in broad daylight, tools with which he was busy digging for cables along the railway tracks, shown on TV, a Lesotho national remarked that you would never see that happen in their country. What does that say about us?

520 illegally imported cars to be destroyed in the Eastern Cape

Eastern Cape police and the Road Traffic Management Corporation will this week destroy 520 cars which were imported into SA illegally and then ...
News
1 month ago

Nearly 18,000 illegal foreign nationals were incarcerated in the country’s correctional facilities in the last five years.
News
4 months ago

Five foreign truck drivers were arrested in Durban on Thursday morning during a law enforcement operation aimed at ensuring compliance in the freight ...
News
4 months ago
Next Article