Foreigners have more freedom in SA 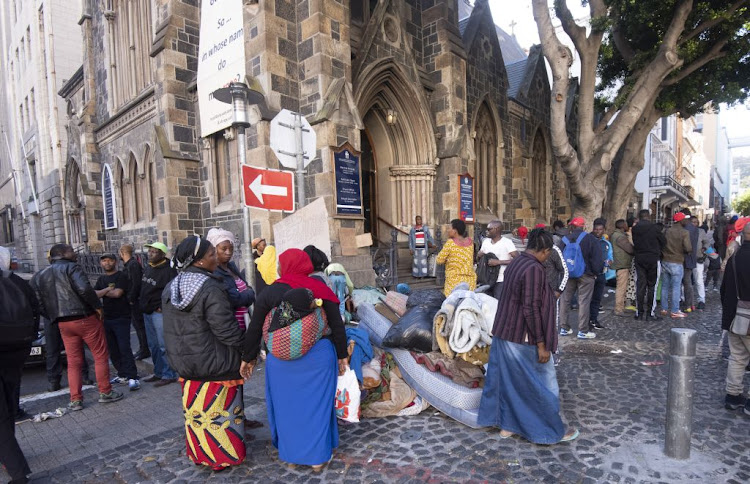 FILE IMAGE: Foreigners at the Central Methodist Church in Greenmarket Square after being evicted from the UN High Commission for Refugees offices on October 30 2019 in Cape Town, South Africa.
Image: Gallo Images/Brenton Geach

Can someone explain to us the status of refugees internationally as it appears SA is expected to handle them far better than its own citizens.

The refugees in SA are allowed to conduct business on legal and illegal commodities and pay no tax. Can anyone tell us of businesses which were run by South Africans in Zambia, Zimbabwe, Lesotho or Mozambique during apartheid?

I'm just naming a few countries where exiled South Africans were housed in camps with limited movement, yet we are expected to give refugees from some countries that never allowed our own to settle there first-class treatment. Anything contrary to that, then you are labelled xenophobic.

We can't run away from the fact that a lot of serious criminal actives are orchestrated by these refugees. In the pre-democracy era we had people from Malawi, Zimbabwe and Lesotho who came to work here but there were no such heinous crimes.

Are refugees in other countries in Europe, America, Asia or even in some parts of Africa treated in the same way as those in SA? Not at all. Not even in our beloved ally Cuba do our student doctors enjoy such freedom.