EFF has scored an own goal with Lux's arrest 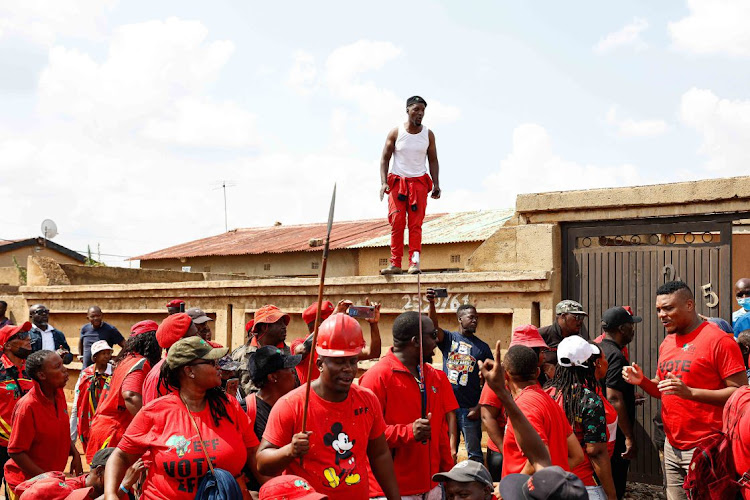 EFF supporters outside the home of Victor Ramerafe in Dobsonville, Soweto after he opened a case of assault, intimidation and house breaking against Operation Dudula leader Nhlanhla Lux.
Image: Thulani Mbele

The arrest of Operation Dudula's Nhlanhla 'Lux' Dlamini on Thursday March 24 at the urging of the EFF is an own goal by the party.

Dlamini, who is at the forefront of removing illegal immigrants from township streets (among other objectives), is accused of effecting an illegal search of the house of a suspected Dobsonville, Soweto, drug dealer, and assault.

This action by the red berets has only increased Nhlanhla's popularity and pressed the play button on his martyrdom status. His arrest will endear people to him and make people see him as someone who is being victimised for standing up to lawlessness in troubled communities.

As the EFF still drinks from the communist Kool-Aid jar of Mother Russia and communist China, you'd imagine it would have borrowed a page from Vladimir Putin's book. The Russian president dare not turn his foe, Ukrainian president Volodymyr Zelensky, into a martyr by assassinating him or victimising him publicly. Just saying.

A Soweto resident has vowed to drag Dudula movement leader Nhlanhla “Lux” Dlamini to court after his house was ransacked after accusations that he ...
News
2 months ago