Malema’s insults an insult to our intelligence 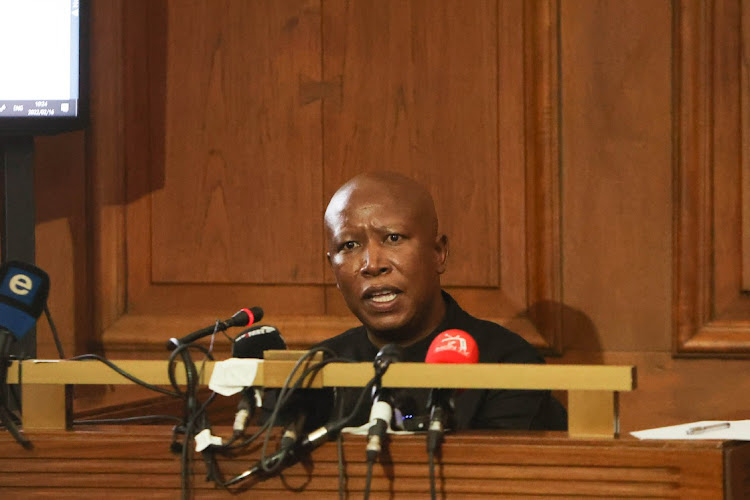 Leader of the EFF Julius Malema selectively decided not to recall that jobs started to dwindle the day he was used to recall Thabo Mbeki as president and put Jacob Zuma at the helm of government, the writer says.
Image: Alaister Russell

It is so ironic that Julius Malema has the audacity to refer to President Cyril Ramaphosa as the worst president ever. Malema is either not intelligent enough or chooses to have a short memory.

However, as insults are part of Malema’s DNA, I am not surprised. He selectively decided not to recall that jobs started to dwindle the day he was used to recall Thabo Mbeki as the state president and put his charming president Jacob Zuma at the helm of government.

Jobs are not created by insults nor by singing and giggles. Malema has proved himself as the worst political leader with no backbone. He chose to forget how he and his cohorts collapsed the economy of Limpopo. Does he think that making Limpopo to be put under administration created jobs? It makes one think.

Malema and his EFF are hypocrites

Police minister Bheki Cele is an egotistical individual who wants to treat the entire SAPS force like a personal inheritance, where everyone must ...
Opinion
5 months ago

EFF leader Julius Malema is  accused of firing an automatic rifle  at the party's fifth anniversary celebrations at the Sisa Dukashe Stadium in ...
News
5 months ago

Malema wins round one of legal battle against parliament over apology

EFF leader Julius Malema has won the first round of his latest legal battle against parliament as the high court in Cape Town suspended a sanction ...
News
5 months ago
Next Article