Superpowers use smaller nations as battlegrounds 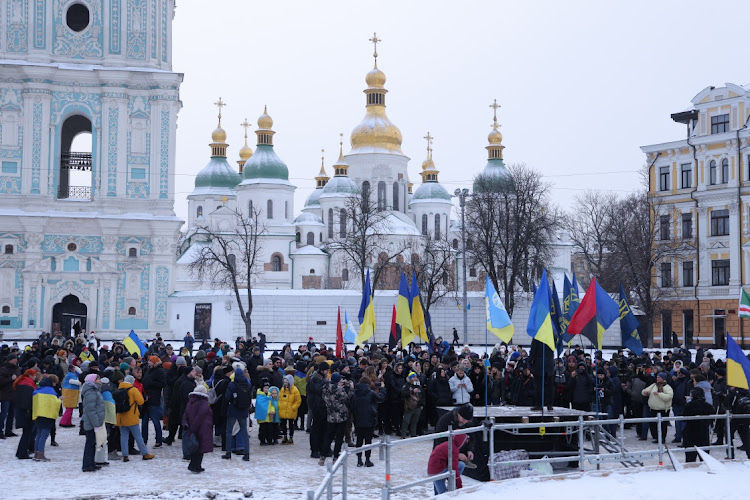 People with Ukrainian flags attend a patriotic rally at Sophia Square on Unity Day on January 22, 2022 in Kyiv, Ukraine. Speakers at the rally demanded Ukrainian membership in the European Union and the NATO military alliance and derided Russian President Vladimir Putin.
Image: SeanGallup

The ambition of Russia's invasion of Ukraine has sent deadly shivers across the globe. Russia's Vladimir Putin should learn from the humanitarian cost of military warfare in the aftermath of the historic fall of the Soviet Union In 1991.

Russia cannot be blamed alone, but the unholy trinity of the EU, Nato and Western powers has been causing civil unrest in smaller nations with their divide-and-rule policy. What is so disheartening is that the world's superpowers like Russia and the US are using smaller nations like Ukraine and Syria as boxing grounds: many small nations have been laid desolate because of their loyalty to either superpower.

Russia, China and the US should lead by example in being pro-peace, for Iran and North Korea to exercise restraint in the production of nuclear weapons of mass destruction.

The Russian invasion of Ukraine does not help anyone but it deepens the humanitarian crises in the awake of the new coronavirus pandemic.

On the other hand, the US and her allies must stop provoking Russia by causing security concerns on her borders. Jimi Hendrix said, “When the power of love overcomes the love of power, the world will know peace.”

The US has promised severe sanctions against Russia in the event it invades Ukraine, which the White House has previously defined as “any movement of ...
News
5 months ago

UK says: The Russian invasion of Ukraine has begun

Russia's invasion of Ukraine has already begun so Britain will impose sanctions on Russia, a senior British minister said on Tuesday as Prime ...
News
5 months ago
Next Article