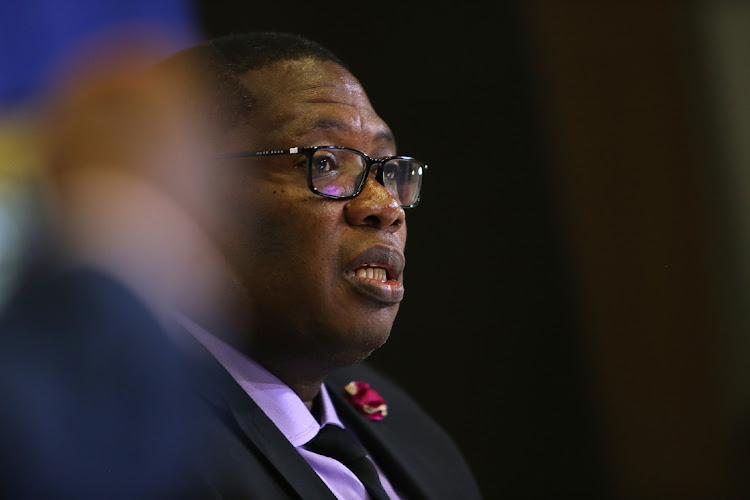 Like a titanic ship that has hit the iceberg and slowly sinking, so is the Gauteng department of education. Many of the troubles of the department can be traced back to about five years ago, when its captain MEC Panyaza Lesufi launched the now infamous online application system.

The department launched the online system in 2016 with much fanfare, promising to be a game-changer. Some of the reasons which were advanced to move over to the online system were that, it was convenient, easy to access and enabled planning and fair distribution of learners across the province's education system.

Fast forward to 2022, the system has over the years increasingly become a nightmare and frustration to both parents and school management. It’s the same chaos which plays itself out every year, with the department running out of excuses as so why the system is not working.

It’s a monotonous song, year in year out, the system crashes, it doesn’t address the capacity in the system, learners are placed late in schools, with many parents complaining about their children been placed in schools far away from where they reside. It’s a mess.

The district offices have become an annual pilgrim for angry and desperate parents looking for schools for their children. As if that’s not enough, the district offices have no idea what’s the situation on the ground, which leads to some schools being overpopulated than others and resources not spread evenly. Put simply the online system was an ill-thought-out idea in the first place. This is because it doesn’t address the deep rooted education problems in the province.

For many years now, townships parents have abandoned the schools in their backyards opting to send their children to the suburbs schools. As a result, many townships schools have either shut down or stood empty, while suburban schools are crumbling because they’re overpopulated.

The question is, how much longer will Lesufi preside over a broken system?

Disgruntled parents who have been queuing outside the Gauteng education department district offices since the beginning of the week has forced to ...
News
4 months ago

With scores of pupils yet to be placed in government schools due to “flaws” in the public education sector, the ANC Youth League in Johannesburg has ...
News
4 months ago

Gauteng extends placement deadline for grades 1 and 8 as 121,000 pupils remain in limbo

More than 121,000 grade 1 and 8 pupils are yet to be placed in schools in Gauteng.
News
5 months ago
Next Article