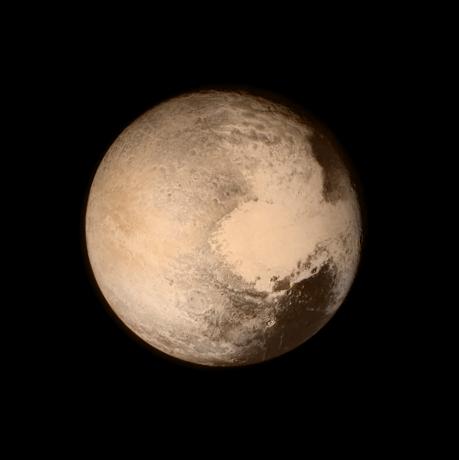 It doesn't matter that much whether pluto is a planet or not, says the writer.
Image: Reuters

The nature of Pluto might change again as some scientists want it returned to its planetary status. Really, it doesn't matter that much whether it is a planet or not, but let's not vote on it.

As a retired science teacher, I can remember teaching the scientific method which was based on observation and experimentation but never voting. Pluto was voted out by a count of 237 votes in favour, 157 against although many people had left before the discussion and vote.

What worries science teachers and probably most scientists is that people can establish a "fact" by voting on the matter. Perhaps we should vote on whether the Earth is flat or not, it won't be 0% for flat as some people do believe that the Earth is flat or at least say they do.

Science must be based on fact!

US spacecraft flies by Pluto after nine-year, 3 billon mile trip

More than nine years after its launch, a U.S. spacecraft sailed past Pluto on Tuesday, capping a 3 billion mile (4.88 billion km) journey to the ...
News
6 years ago
Next Article