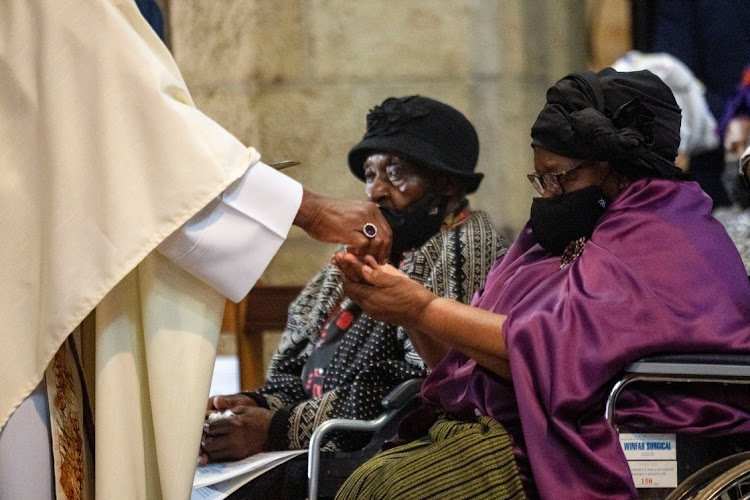 The ANC hyenas and vultures must be very angry at the Tutu family for not agreeing to spend millions of rand from the government to bury Archbishop Emeritus Desmond Tutu. During the burial of public figures by the state, ANC comrades steal money earmarked for the funeral by asking service providers to inflate prices so that they can get their lion's share at the end of the day.

If it had happened, the hyenas and vultures would have started the new year on a high note as their bank accounts would have healthy positive balances. I have no doubt that they are hopping mad at the Tutu family for refusing a full-blown state funeral.

It is an open secret that during the funerals of Nelson Mandela and Winnie Madikizela-Mandela, the country witnessed the looting of millions of rand meant for their funerals. Once an opportunity presents itself to loot public funds, the ANC comrades jump at the opportunity and devour everything.

They are not even ashamed of looting the funds as hyenas don't have consciences. Hyenas consume everything, rotten meat full of worms and maggots. ANC comrades are like hyenas because they have an appetite for everything.

In extreme cases, they butcher each other for positions and tenders. Hyenas are not afraid of anything. They even confront lions for animal carcasses they didn't kill. As lions don't like the noise made by hyenas, they will ultimately leave the carcass and let hyenas enjoy the fresh meat they didn't sweat for.

Hyenas have patience, endurance and strategy. They are sly. They don't care about order. Those who still believe that the looting of public funds by ANC hyenas is not wrong, need their heads examined.

In keeping with his stance of protecting the earth, the body of Archbishop Emeritus Desmond Tutu was returned to dust by aquamation, an ...
News
5 months ago

Archbishop Thabo Makgoba of Cape Town laid the ashes of Archbishop Emeritus Desmond Tutu to rest at the St George’s cathedral during a private, early ...
News
5 months ago
Next Article