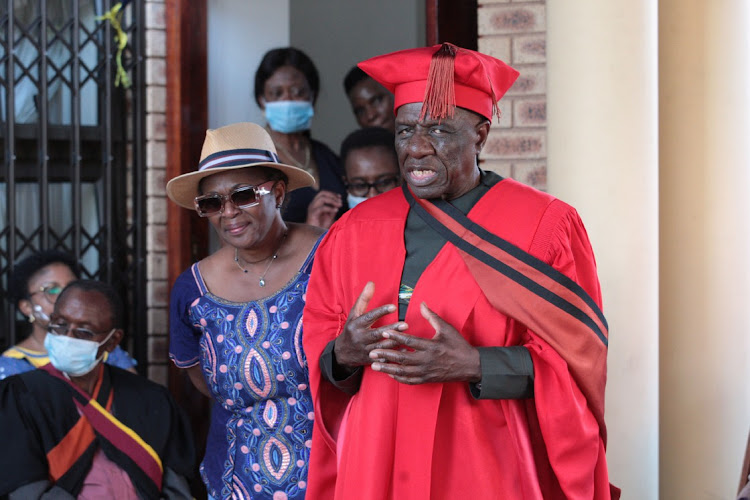 The Sowetan of November 25 published a wailing complaint from music promoter Sam Mhangwani of how he was scammed out of a doctorate when the honorary degree he received was nothing but a hoax.

In his words: “I was excited that I am a doctor and today you are telling me that I am not a doctor (but a) scammers’ doctor.”

But even if he was not scammed, like his fellow artists and entertainers such as Deborah Fraser, Winnie Mashaba, Rebecca Malope, Danny Jordaan, Naledi Pandor and other such “doctors” in SA, Mhangwani is no more a doctor than a well-behaved minibus taxi driver is. What these artists, politicians, sports luminaries and others received is honoris causa (HC). The HC is specified in all their citation awards. Why is that so? The HC tells you that you are not qualified to call yourself a doctor.

Mpho Phalatse, Mcebisi Ndletyana, Kenosi Mosalakae, Puleng LenkaBula and Njabulo Ndebele are different from the above-mentioned entertainers because they are qualified doctors. They are not using borrowed titles. Many SA journalists, radio and television programme hosts are fond of crowning these entertainers with the title of doctor and thus end up debasing doctoral qualifications. I am afraid to say it but our media hosts, journalists and presenters are simply ignorant of academic issues for they are actually saying there is no difference, say, between Mosalakae and Winnie Mashaba. Such an assertion would simply be preposterous. So Mhangwani relax. Even if you were not scammed you would have been no more a doctor than Deborah Fraser or Winnie Mashaba is.

Legendary music promoter and playwright Sam Mhangwani has been left feeling pained and embarrassed after learning that the honorary doctorate he ...
News
1 month ago

Late operatic mezzo-soprano and jazz diva Sibongile Khumalo was honoured with a doctorate in music by Wits University for being an ardent proponent ...
Entertainment
8 months ago

Music stalwart and founding member of Soul Brothers, Moses “Black Moss” Ngwenya is set to receive an honorary doctorate in philosophy from Unisa for ...
Entertainment
1 year ago
Next Article